Search teams off the Mayo coast have detected a signal from the black box recorder of the Coast Guard Helicopter Rescue 116.

The signal was identified in 40 metres of water, around 60 metres from Blackrock lighthouse at around 4.30pm.

It has been described as a very important step in the recovery effort.

Work is commencing to establish the exact position of the signal and, once that is clear, diving to that location.

Sensing equipment is being moved as close as possible to the target, in the hope that the wreckage is directly beneath that.

Specialist equipment is being brought from the UK this evening, with specialist investigators to pin point the wreckage.

Chief Inspector of the Air Accidents Investigations Unit Jurgen Whyte said he hopes that by this evening
all of the key players will get together to determine the best and safest way to approach the next phase of the search.

Speaking on RTÉ's Six One, Mr Whyte said the detection of the black box recorder signal is hugely significant and search teams are very close to pinpointing its exact location, and the wreckage.

He said equipment will probably be transferred to smaller vessels tomorrow morning, which will hopefully help in the detection of louder sounds from the black box.

It's great recognition to all of the people concerned that in less than 36 hours, we have actually got a signal

A massive search operation was launched after the Coast Guard helicopter lost contact with Malin Head Station shortly after 1am yesterday.

Captain Dara Fitzpatrick, who was the pilot, was recovered at sea.

She was airlifted to Mayo University Hospital in Castlebar but pronounced dead a short time later.

Family pays tribute to Captain Dara Fitzpatrick, who died in the Coast Guard helicopter crash off the Mayo coast pic.twitter.com/VB82suVRAX

The LÉ Eithne is the on-scene coordinator for the ongoing search and rescue operation for her three colleagues, Captain Mark Duffy, winchman Ciarán Smith and winch operator Paul Ormsby

Further heartfelt tributes have been paid to the crew of the Coast Guard Helicopter R116 pic.twitter.com/5he15KjsVM

The sea element of the search is being run from the naval vessel.

The Air Corps Casa fixed-wing plane is providing air support and the AW139 Helicopter is also involved in today's search.

The LÉ Eithne, the LÉ Róisín are both using side-scan sonar technology in the search.

The last known contact with Coast Guard helicopter Rescue 116 took place in the early hours of yesterday morning close to Blackrock Lighthouse around 12km off shore.

Local volunteers have been monitoring shorelines to identify any debris that may be washed up.

Since early this morning, the Marine Institute has been providing specialist support in the search operation.

The RV Celtic Voyager was sent to the scene overnight with staff from the institute's seabed mapping programme on board.

They are using multi-beam echo sounders to search for wreckage.

A meeting of the different agencies involved in the search operation was held at Blacksod Lighthouse last night and relatives of some of the missing Coast Guard personnel were briefed at the scene about the ongoing search effort. 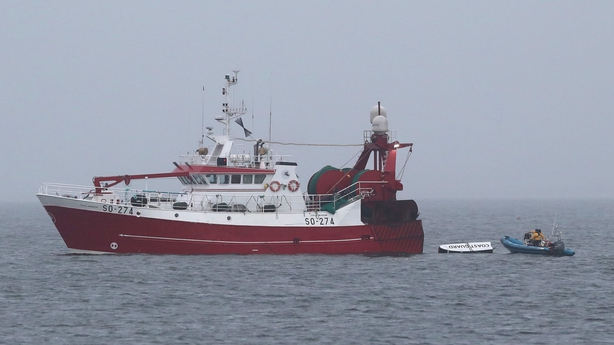 Coast Guard Search and Rescue Operations Manager Gerard O'Flynn said that the depth of water in the search area is challenging for divers and they will assess areas for examination on an ongoing basis.

He added that the main thing is the collection of debris and to make assessments on individual finds, and said there is no specific area that the search is focused on. 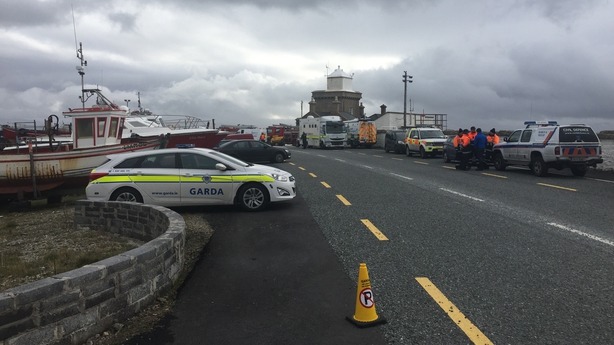 Mr O'Flynn said the mood this morning is different, there is a feeling of aftershock, a recognition that this has happened.

Debris recovered at the scene is being first taken on board LÉ Róisín, before being transported ashore on smaller vessels.

A number of panels from the helicopter have been recovered along with smaller pieces of debris. 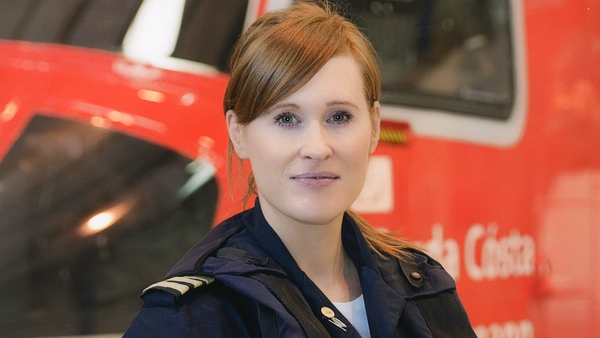