A prayer vigil is being held at St James's Hospital in Dublin where a woman is in a critical condition following a fire at an apartment in Clondalkin earlier this week.

Her two young children died in the fire in the early hours of Wednesday morning along with their two-year-old cousin and her pregnant mother Annemarie O'Brien. 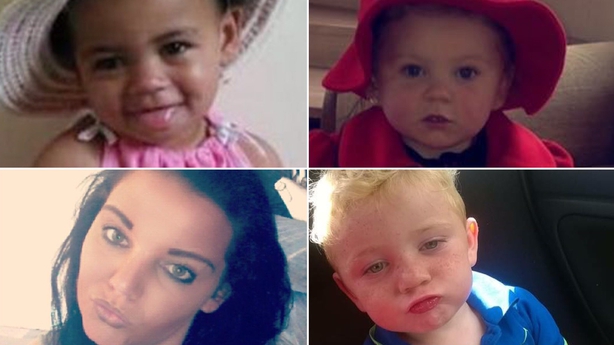 They were living in an apartment block in Clondalkin that offers supportive housing to women in post-crisis situations which is run by domestic violence charity Sonas.

Today, Sonas said it will be carrying out an overall review of its services following the identification of the apartment block.

She said the families evacuated after the fire are being accommodated in alternative Sonas facilities and those that remain in the apartment block are being offered support.

The funerals of Annemarie O'Brien, Paris, Holly and Jordan will be held in Shankill on Monday morning.