Minister for Children Katherine Zappone has referred in the Dáil to the 474 so-called "unclaimed infant remains" which were transferred from mother-and-baby homes to medical schools in Irish universities between 1940 and 1965.

The minister also announced that she is about to begin discussions with advocates, historians and other experts who have studied a model of inquiry used by countries like Chile and Argentina to try to come to terms with a range of large-scale past abuses.

Minister Zappone said an interim report from the commission investigating mother and baby homes will be published by the end of the month.

During a special Dáil debate on the Tuam babies, the minister acknowledged the calls made since Friday for an expansion of the terms of reference to cover all institutions, agencies and individuals that were involved with Ireland's unmarried mothers and their children.

She said she wanted to offer solidarity and a personal apology for the wrongs that were done to those affected.

Ms Zappone listed a litany of truths that Irish society and its institutional pillars must now accept, including that, between 1940 and 1965, 474 so-called "unclaimed infant remains" were transferred from such homes to medical schools in Ireland.

The Prime Time documentary Anatomy of a Scandal, which was initially broadcast in 2011, revealed for the first time that the remains of hundreds of infants were passed from mother-and-baby homes and related institutions into the anatomy departments of Irish medical colleges right up to the mid 1960s.

Turning to last Tuesday's Cabinet approval of a scoping exercise to examine broadening the commission's remit to cover all organisations and individuals involved with single mothers and their babies.

She said she is about to begin discussions with advocates, with historians and other scholars specialising in the use of a set of approaches which the UN calls "transitional justice" which enables societies to try to come to terms with a range of large-scale past abuses.

She cited its use in countries like Chile and Argentina while they were emerging from their repressive pasts. 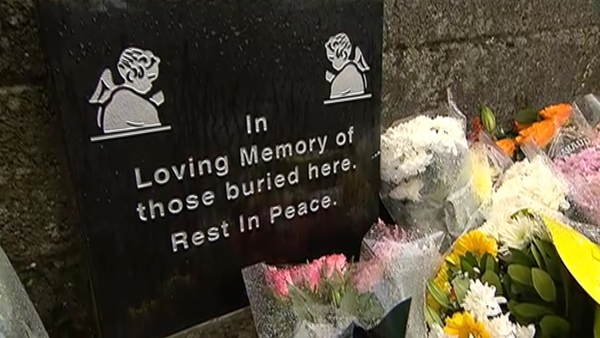