Galway County Council has said there are no records to suggest human remains were discovered during the construction of a housing estate on the site of the former mother and baby home in Tuam.

In a statement, the local authority said it had reviewed all relevant files connected with the development of the Dublin Road estate in the early 1970s.

It says that nothing suggests that bones were discovered or moved when the houses were being constructed.

The estate is built around the site where significant quantities of human remains were found during recent excavations by the Commission of Investigation into Mother and Baby Homes.

Independent TD Catherine Connolly asked the Taoiseach why an interim report by the commission had not been published, despite being with Minister for Children Katherine Zappone since September.

During charged exchanges during Leaders' Questions, Ms Connolly also asked why the site at Tuam had not been sealed off, as any crime scene would be.

Enda Kenny said he did not have the report in question, but said he saw no reason why the report could not be published.

He also said gardaí had a duty in relation to the site, and said they would contact them if the site was not sealed off already.

Many locals have suggested that remains are also likely to be buried in a playground that is adjacent to the burial site investigated by the commission. 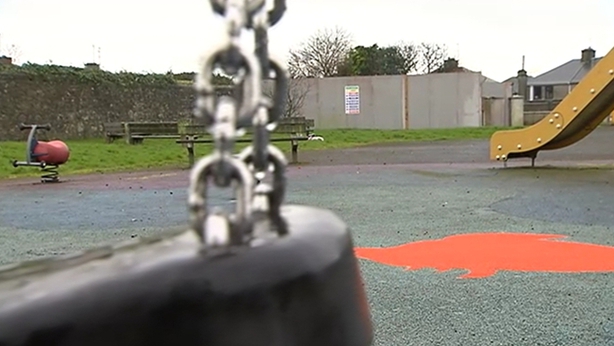 Both areas, in the centre of the estate, are owned by the local authority.

However, Galway County Council says it can find no records regarding the presence of remains where the playground was developed either.

The council says it has handed over all relevant files to the commission of investigation and has reiterated its commitment to assist the inquiry in any way possible.

It says that there will be a consultation with locals about the future of the burial ground, which has been cared for and tended by residents of the estate for several decades.

The council says any long term decision about the site will have to wait until the work of the commission is concluded. 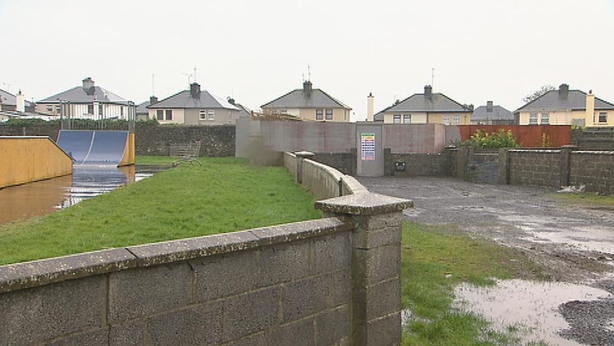 The Government is considering expanding the inquiry into mother and baby homes to include more than the Tuam institution.

A survivor of the Tuam home this morning called for a wider investigation.

Speaking on RTÉ's Today with Sean O'Rourke, PJ Haverty said all such homes should be investigated, and added that he wants apologies from the State, the church and the nuns.

The Taoiseach has described the site in Tuam as a "chamber of horrors".

"No nuns broke into our homes to kidnap our children," he said.

"We gave them up to what we convinced ourselves was the nuns' 'care'. We gave them up maybe to spare them the savagery of gossip ... and we gave them up because of our perverse, in fact, morbid relationship with you call 'respectability'".

He continued: "And for their trouble we took their babies and we gifted them or we sold them or we trafficked them or we starved them or we neglected them or we denied them to the point of their disappearance from our hearts and from our sights from our country and, in the case of Tuam, and possibly other places, from life itself."

Taoiseach Enda Kenny says "Tuam is not just a burial ground; it is a social and cultural sepulchre" pic.twitter.com/p7Zt5ePY1B

The Cabinet decision to examine broadening the scope of Judge Yvonne Murphy's commission beyond 18 institutions comes six months after the commission submitted an interim report to Government which is thought to have sought a widening of its remit.

A Government spokesperson said a "small scoping" exercise would begin soon and would likely last around six weeks.