Minister of State with Responsibility for Disabilities Finian McGrath has said Cabinet has agreed the terms of reference for the commission of investigation into a foster home in the southeast.

Mr McGrath said the inquiry will initially focus on what happened to a young woman with intellectual disabilities, known as 'Grace', who was left in the foster home for almost 20 years despite a succession of sexual abuse allegations.

He said the commission's terms of reference allowed other cases to be examined and said all voices would be heard.

However, families of other service users of the foster home expressed concerns that their cases would not be examined promptly in the inquiry.

Barnardos has said it is outraged that the terms of reference are so narrow.

The charity's CEO Fergus Finlay said as hurt and abused as she was, 'Grace' was not alone.

He said the families of others who were placed in the same foster home, families who were among the first to report deep concerns about their children, are effectively being excluded from these terms of reference.

The sister of a woman, who spent respite time in the same foster home as 'Grace', also called for the inquiry to be widened to include other cases.

Speaking to RTÉ’s News at One, 'Bridget' said that her sister, who has the mental age of a two or three year-old, went for respite care in her teens.

She said the fear that her sister could also have suffered abuse is on her family's mind every day.

The family had hoped the commission of investigation would bring closure to them, she said, but that will not be the case and they were very disappointed.

She added that her sister has no voice and she will not rest until her case has been dealt with properly.

She said the Health Service Executive have been in touch but have not offered any comfort or confirmation that her sister was not harmed.

Solicitor Sinead Carroll says the terms of reference should have been widened to include the 46 other service users who spent any time in the foster home in question. 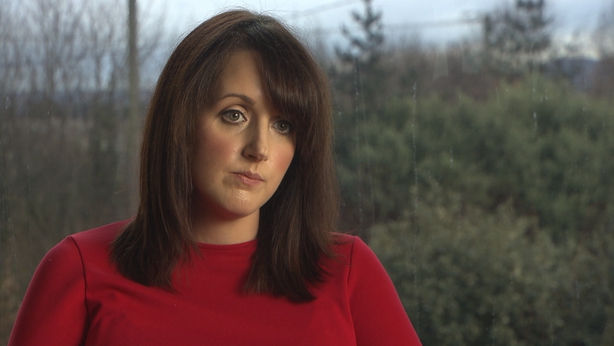 Speaking on RTÉ's News at One, Mr McGrath pledged that no one will be excluded from the process and the voices of all families, who want to be heard, will be heard.

Mr McGrath said that Senior Counsel Marjorie Farrelly will lead the commission of investigation and he was very optimistic that she will get to the truth of these issues.

He said there will be an interim report in six months time, with the final report to be completed in 12 months.

The families' calls have been echoed by Fianna Fáil TD John McGuinness, who said it is important that the other 46 families were also included in the investigation.

Speaking to RTÉ's Morning Ireland, Mr McGuinness said all of the cases needed to be investigated in order to understand the extent of the abuse, the failure of the system to care for those 47 individuals and the level of care provided afterwards.

Fine Gael TD John Deasy also said the terms of reference into a foster home in the southeast are too narrow and need to be widened.

On RTÉ's Six One, he questioned why the terms of reference are limited to one individual when, he said, the experiences of others in the foster home are very serious in nature.

In the wake of that decision the foster father wrote to the then-minister for health Michael Noonan asking him to intervene to have 'Grace' remain at the foster home.

The commission is likely to question Mr Noonan as part of its investigation.

Mr Noonan has previously denied claims that he intervened in the subsequent decision to leave 'Grace' in the foster home.

Among the items on the commission's agenda are how the family came to be used as foster carers, any monitoring of the foster home and the decision not to remove 'Grace' from the foster placement.

It will also investigate whether there were any political interventions in the decision-making process in 'Grace's' care and claims of a deliberate suppression of information relating to the case in recent years.

The commission will decide on completion of its work if any further investigations are required in the public interest.