At least three people are dead and 19 others missing after heavy rains struck Chile over the weekend during the country's usually dry summer months, causing mudslides and water outages.

The rains, which caused rivers to overflow their banks in mountain valleys near Chile's capital, Santiago, had isolated 373 people, the Onemi emergency service said late yesterday.

The drinking-water supply for over a million households in Santiago had been affected, and Aguas Andinas, the company that provides water to the capital, said rains were making repairs difficult. 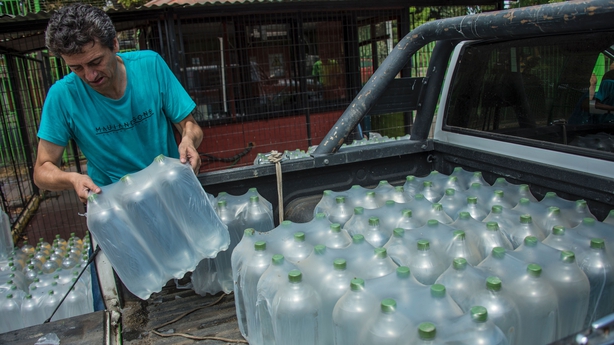 "Emergency teams are working on the ground to connect with isolated persons and re-establish the water supply wherever possible," Chilean President Michelle Bachelet wrote on Twitter.

In the O'Higgins region, south of Santiago, a 12-year-old girl was killed when a landslide swept away the car she was travelling in.

In the San Jose de Maipo valley, directly above the city, emergency crews had to clear the roads of debris before residents could evacuate to lower, less mountainous ground.

It was the second major flooding event to hit central Chile in the past year.

Last April, heavy rains battered the San Jose de Maipo valley, killing one and shutting production at some of the largest copper mines in the world.

Mining giants Antofagasta, state-owned Codelco, and Anglo American have sizeable deposits in the zone affected by this weekend's rains.

All three said production had not been affected.