US President Donald Trump's administration has revoked landmark guidance to public schools letting transgender students use the bathrooms of their choice.

Mr Obama had instructed public schools last May to let transgender students use the bathrooms matching their chosen gender identity, threatening to withhold funding for schools that did not comply.

Transgender people hailed the step as victory for their civil rights.

Mr Trump rescinded those guidelines, even though they had been put on hold by a federal judge, arguing that states and public schools should have the authority to make their own decisions without federal interference.

The Justice and Education departments will continue to study the legal issues involved, according to the new, superseding guidance that will be sent to public schools.

About 200 people gathered in front of the White House to protest against Mr Trump's action, waving rainbow flags and chanting: "No hate, no fear, trans students are welcome here."

"We all know that Donald Trump is a bully, but his attack on transgender children…is a new low," said Rachel Tiven, chief executive of Lambda Legal, which advocates for LGBT people. 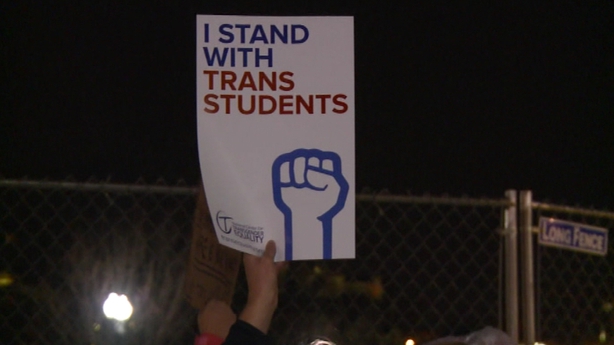 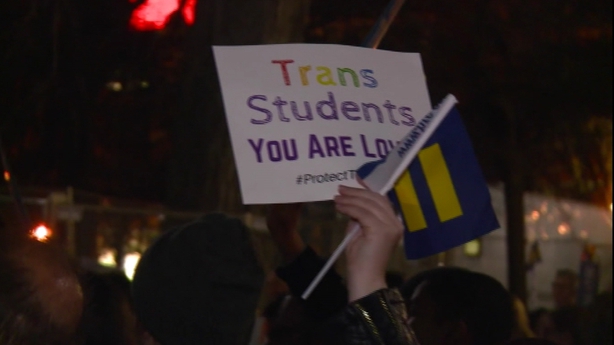 "Our fight over the bathroom directive has always been about former President Obama's attempt to bypass Congress and rewrite the laws to fit his political agenda for radical social change," said Mr Paxton, a Republican.

Transgender legal advocates have criticised the "states' rights" argument, saying federal law and civil rights are matters for the federal government to enforce, not the states.

White House spokesman Sean Spicer said the administration was pressed to act now because of the pending US Supreme Court case, G.G. versus Gloucester County School Board.

That case pits a Virginia transgender boy, Gavin Grimm, against officials who want to deny him use of the boys' room at his high school. 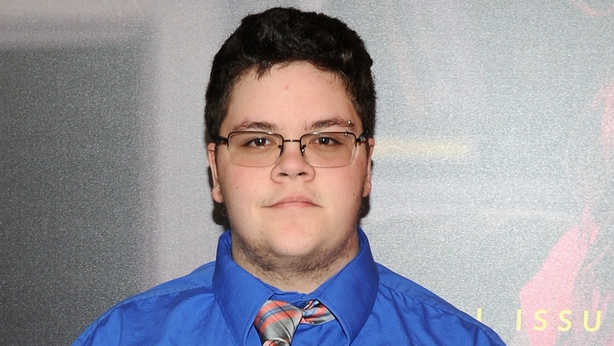 Although the Justice Department is not a party in the case, it typically would want to make its views heard.

"I've faced my share of adversaries in rural Virginia. I never imagined that my government would be one of them. We will not be beaten down by this administration," Gavin, 17, told the protest outside the White House.

But it remains unsettled whether Title IX protections extend to a person's gender identity.

Attorney General Jeff Sessions said in a statement that the Obama guidelines "did not contain sufficient legal analysis or explain how the interpretation was consistent with the language of Title IX." 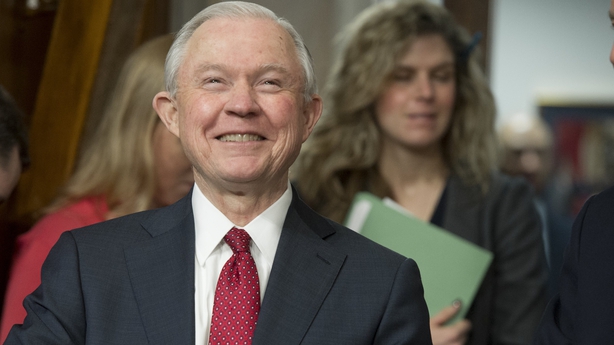 "President Trump's decision to rescind anti-discrimination protections for transgender students is yet another cruel move by an administration committed to divisive policies that rollback the clock on civil rights," he said in a statement.

The courts are likely to have the final say over whether Title IX covers transgender students.

The Supreme Court could pass on that question in the Virginia case and allow lower courts to weigh in, or go ahead and decide what the law means.

Mr Obama's Education Department issued the guidance in response to queries from school districts across the country about how to accommodate transgender students in gender-segregated bathrooms.

It also covered a host of other issues, such as the importance of addressing transgender students by their preferred names and pronouns and schools' responsibility to prevent harassment and bullying of transgender children.

Thirteen states led by Texas sued to stop the Obama guidelines, and a US district judge in Texas temporarily halted their full implementation.

The White House previously boasted of Mr Trump's support for LGBT rights, noting in a 31 January statement that he was the first Republican presidential nominee to mention the community in his nomination acceptance speech.