US-backed Iraqi forces battling so-called Islamic State fighters have fought their way close to Mosul's airport on the second day of a ground offensive on the jihadists' remaining stronghold in the western side of the city, according to military statements.

Federal police and elite interior ministry units known as Rapid Response are leading the charge toward the airport on the southern outskirts of Mosul and plan to turn it into a close support base for the push into western Mosul, commanders have said.

They dislodged IS fighters from the hilltop village of Albu Saif which overlooks the airport, reaching its "vicinity," an Iraqi military statement said.

The militants are essentially under siege in western Mosul, along with an estimated 750,000 civilians, after they were forced out of the eastern part of the city in the first phase of the campaign that ended last month, after 100 days of fighting.

"They are striking and engaging our forces and pulling back towards Mosul," Major Mortada Ali Abd of the Rapid Response units told a Reuters correspondent south of Mosul.

Elite Counter-Terrorism Service units headed to frontlines around the western side of Mosul, a city divided in two by the Tigris River. 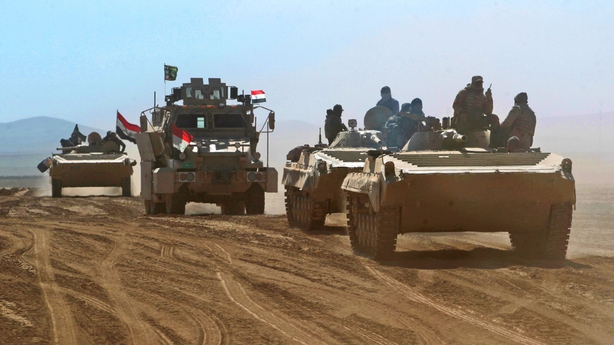 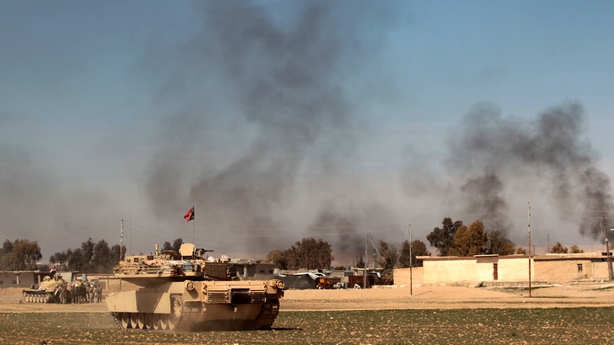 Helicopters were seen strafing the Albu Saif hill during the day to clear it of snipers, while machinegun fire and rocket propelled grenades could be heard.

The Iraqi forces have been advancing so far in sparsely populated areas and there were no families seen escaping.

The fighting will get tougher as they get nearer to the city itself and the risk greater for civilians.

Up to 400,000 civilians could be displaced by the offensive as residents of western Mosul suffer food and fuel shortages and markets are closed, United Nations Humanitarian Coordinator for Iraq Lise Grande told Reuters on Saturday.

Commanders expect the battle to be more difficult than in the east of the city, which Iraqi forces took control of last month after three months of fighting.

Tanks and armoured vehicles cannot pass through its narrow alleyways.

The militants have developed a network of passageways and tunnels to enable them to hide and fight among civilians, disappear after hit-and-run operations and track government troop movements, according to residents.

Western Mosul contains the old city centre, with its ancient souks, government administrative buildings, and the mosque from which IS leader Abu Bakr al-Baghdadi declared his self-styled caliphate over parts of Syria and Iraq in 2014.

The city is the largest urban centre captured by IS in both countries.

The US commander in Iraq, Army Lieutenant General Stephen Townsend, told a news conference in Baghdad he had been putting US military advisers closer to front lines in Mosul.

"We adjusted our posture during the east Mosul fight and we embedded advisers a bit further down into the formation," he said, speaking during an unannounced visit of Defense Secretary Jim Mattis to Baghdad.

Gen Townsend has said he believes US-backed forces will recapture both of IS’s major strongholds - Mosul and the city of Raqqa in Syria - within the next six months.

A British Islamic State fighter has reportedly carried out a suicide bombing near Mosul.

The bomber - named by the group as Abu Zakariya al-Britani - is said to have detonated an explosives-filled vehicle in a village to the south of the city.

The Britani suffix has been used regularly for militants from the UK.

There has been no official confirmation of the death, and it is unclear when the attack took place.

Around 850 individuals of national security concern have travelled to from Britain join the conflict, according to figures published by the government last year.

Of those, just under half have returned to the UK and approximately 15% are dead.