The US Senate has confirmed Wall Street banker Steven Mnuchin to be the next Secretary of the US Treasury, overcoming fierce Democratic objection of yet another nominee to President Donald Trump's cabinet.

Democrats have put up roadblocks to nearly all of Mr Trump's cabinet picks to date and the president has criticised opponents for delaying his nominees.

Senators confirmed Mr Mnuchin, an investment banker and Hollywood financier, who also served as finance chairman of Mr Trump's presidential campaign, on a party line vote of 53 to 48.

Democrat Joe Manchin of West Virginia was the only crossover vote.

Mr Mnuchin takes over a US agency with power over taxation, bank regulation, sovereign debt, and policies to combat corruption and terrorism finance.

During his confirmation hearing, he fended off queries about his previously undisclosed offshore investment firms and real-estate holdings and defended his bank's foreclosure practices.

Democrats sought to paint him as the embodiment of many of the things Mr Trump railed against in his campaign, including Mr Mnuchin's lengthy stint at investment bank Goldman Sachs and OneWest, the bank he co-founded, which has been accused of profiting from the 2008 housing crisis.

Despite the ferocious criticism of Mr Mnuchin and other nominees by angry Democrats, the Senate also came together late last night and voted unanimously to confirm David Shulkin as the next secretary of the Department of Veterans Affairs. 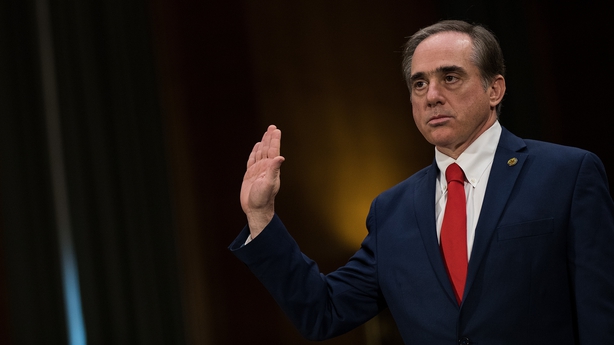 Mr Shulkin was nominated by then-president Barack Obama in 2015 to serve as under-secretary for health at the VA.

Senate Majority Leader Mitch McConnell said Mr Trump "has selected two well-qualified candidates to lead the charge on strengthening our economy and providing veterans with more of the care they deserve".