Rescuers are trying to save scores of pilot whales in a remote bay in New Zealand, where 300 carcasses littered the beach after one of the country's largest recorded mass whale strandings.

Rescue efforts under way to save stranded whales in New Zealand pic.twitter.com/xbsAoAHcsi

Hundreds of volunteers flocked to Golden Bay, at the northwest tip of South Island, after dawn broke and surviving whales were refloated at high tide, but 90 quickly became stranded once again as the tide ebbed.

About 50 more lingered in shallow waters near their beleaguered pod.

A conservation department worker spotted the whales washed ashore last night. But the government agency decided against a night rescue effort because of the risk of accidents. 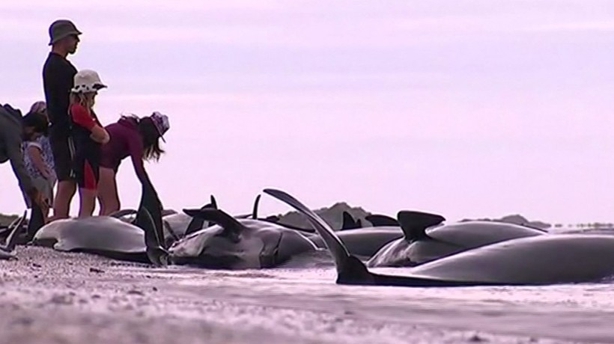 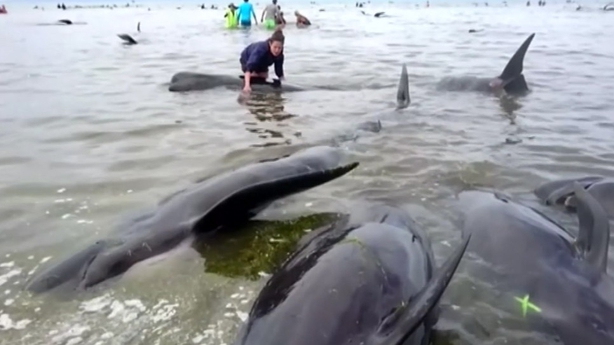 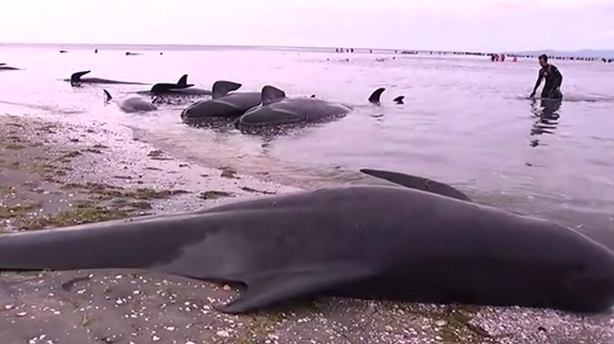 Hoping to save more whales at the next high tide this evening, rescuers took turns pouring water over the beached whales to try to keep them cool, while school children sang to soothe them.

Even for a country with the most whale strandings in the world, the scale of the latest event "was a shock," said Darren Grover manager of marine environmental organisation Project Jonah.

It was New Zealand's largest known whale stranding since 1985, when 450 were stranded in Auckland, and the third largest on record.

The precise cause of the stranding was not known, though beached whales are not an uncommon sight at Golden Bay.

Its shallow muddy waters confuse the marine mammals' sonar, leaving them vulnerable to stranding by an ebb tide, according to Project Jonah.

Pilot whales are not listed as endangered, but little is known about their population in New Zealand waters.