Secretary General of the Department of Defence Maurice Quinn said the decision to sell the Gulfstream Jet was triggered by the unexpected estimate for repair and maintenance of €1.34m.

"Disposal for salvage was considered to be the only viable option, given the estimated cost of €1.34m to repair to a serviceable condition, the absence of any guarantee of future serviceability even after incurring repair costs of €1.34m," Mr Quinn told the Public Accounts Committee.

The committee was told that further factors influencing the decision to sell were the depressed executive jet market conditions, and the charges that were accumulating on the service line in the US where the aircraft had been flown for planned maintenance.

Mr Quinn said the sale was heavily constrained by the circumstances whereby the aircraft was in a stripped-down state in Gulfstream's facility in Savannah, Georgia. 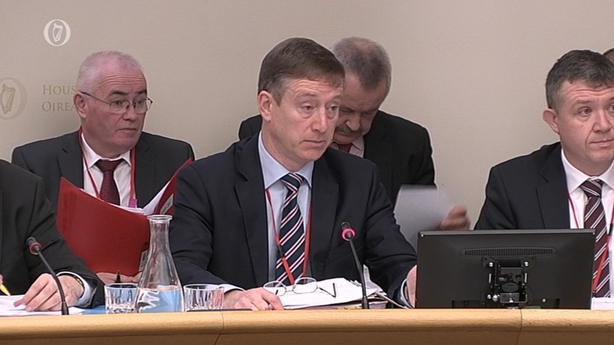 "The normal circumstances in which an asset is under the control of the Department and Defence Forces did not apply and additional costs could only arise the longer disposal took," Mr Quinn told the committee.

The department accepted an offer in January 2015 of €418,000 to purchase the aircraft 'as seen' from Journey Aviation, a US-based company, which also bought spare parts for €53,000.

Mr Quinn said that while the prices differed from their historical value on inventory, it was considered reasonable given that the age of the parts, and the fact they were now redundant.

The Comptroller and Auditor General, who examined the sale, told the committee it was was difficult to conclude if best value was obtained.

"In the absence of a competitive sales process for the Gulfstream Jet and parts, it is difficult to conclude if best value was obtained for department," Seamus McCarthy told the committee.

The C&AG's report accepted the department found itself with few alternatives and decided that a competitive tendering process would have been impossible.

However, it stated that the rationale for this decision should have been documented at the time.

"In the case of the Gulfstream Jet, the department did not formally appraise the economic case for increased maintenance costs in 2013 or 2014, nor did it formally appraise the costs of returning the jet to a serviceable condition against the benefits that would accrue from its use," Mr McCarthy's report stated.

Sinn Féin deputy David Cullinane said the US company which bought the aircraft had re-registered it and it was now insured for €5m.

"That to me is a far cry from this jet in pieces in a hanger in Savannah that had its day - that's now flying around the world, making money for some company that did do a cost benefit analysis," Mr Cullinane said.

Mr Quinn said there was also a political decision that the jet was to be used no further, and the task was to get best value for it.

He also rejected criticism that there was not proper due process.

He said all of the assets sold previously by the department was by public tender, and the difference here was the exceptional circumstances.

Fianna Fáil TD Shane Cassells reminded members of the many occasions that the jet broke down, on one occasion leaving former taoiseach John Bruton stranded on his way to Paris.

"It also famously broke down in Mexico and America, blocking Air Force One on one particular occasion and had to be taxied out of the way. In 2003, it failed get off the tarmac in Baldonnell and an air taxi had to be hired for the taoiseach at a cost of €36,000".