Michelle O'Neill has been named as Sinn Féin's leader in Northern Ireland.

She takes over from Martin McGuinness who announced he was standing down from frontline politics last week for health reasons.

Mr McGuinness resigned as Northern Ireland's deputy first minister earlier this month over the handling of the controversial "cash for ash" scheme, which meant power-sharing ended and an election was called.

However, she would have to spearhead talks aimed at forming a ministerial Executive, with the Democratic Unionist Party and Sinn Féin at odds over a host of issues including the Irish language. 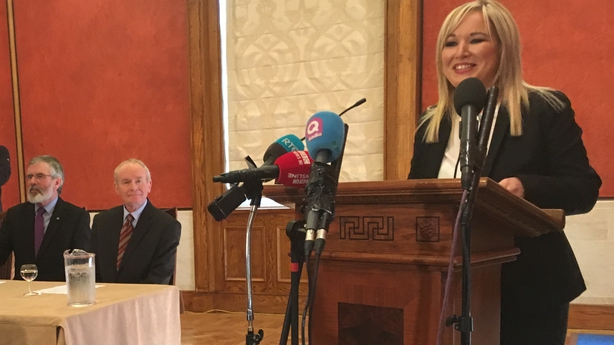 Sinn Féin made the announcement on its Facebook page ahead of a press conference at Stormont.

McGuinness: The appointment of Michelle O’Neill as Sinn Féin leader in the  North is part of the 'generational change' within the party pic.twitter.com/q6cMGZCRW7

In a video posted online, Ms O'Neill said: "It's a huge honour, a really big, big privilege for me."

Taoiseach Enda Kenny congratulated Ms O'Neill, saying: "Her appointment comes at a critical time when it is ever more vital for us to work together North and South, to keep the peace process firmly on track.

"I wish Michelle every success in her new role and look forward to working with her and her colleagues, and all of the parties in Northern Ireland, to ensure the stability of the Good Friday Agreement and its institutions into the future."

Minister for Foreign Affairs Charlie Flanagan also congratulated Ms O'Neill, saying: "I believe we share the same determination to advance peace and stability in Northern Ireland for the benefit of all its people."

O'Neill:Being appointed leader of SF in the North is the biggest honour of her life & says she's following the footsteps of a legend pic.twitter.com/aa42LE6UJ8 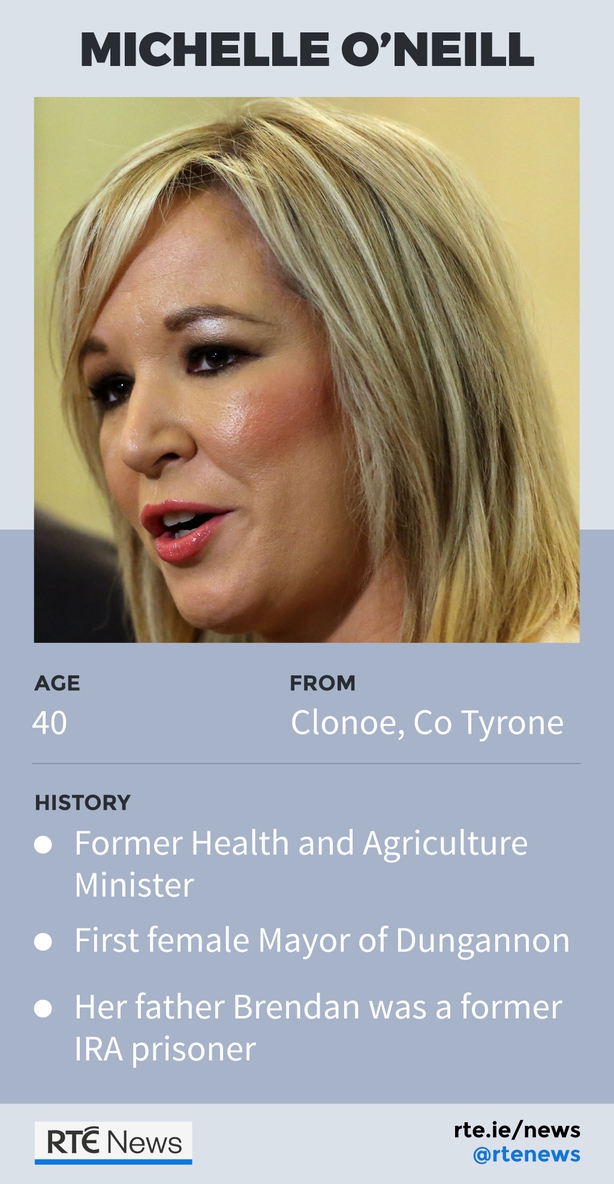