Emergency workers have pulled four more survivors from the ruins of an Italian hotel buried under an avalanche three days ago, after the "miracle" rescue of a woman and four children yesterday.

Two women and a man were pulled out around 3am local time and another man was extracted soon after dawn from the ruins of the Rigopiano hotel in the mountains of central Italy.

The latest operations bring to 11 the total number of survivors of the disaster, including two hotel guests who were outside the building when the avalanche struck on Wednesday evening.

Five bodies have been recovered so far, including that of a man which was pulled from the ruins of the hotel this morning, leaving at least 11 people and possibly up to 20 unaccounted for. 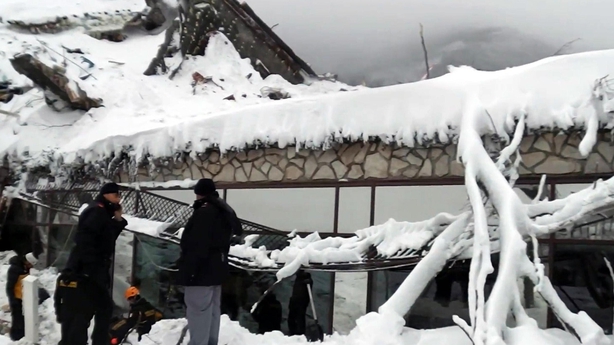 It is not certain how many people were at the hotel at the time of the avalanche.

Scores of mountain police, firefighters and other emergency personnel have worked painstakingly since the first rescuers battled through a snowstorm to reach the hotel early on Thursday.

Progress has been agonisingly slow, with rescuers wary of triggering further movements in the snow piled up on top of the masonry.

But with many internal rooms apparently intact, there are hopes that other survivors may yet be found.

It emerged today that all four of the children who were in the hotel had survived because they were all together in a games room at the time of the avalanche.

An entire family of four was among the survivors.