Two women aged in their 60s have been killed in a crash in on the N2 at Hunterstown Co Louth.

They had just stepped off a bus and were crossing the road to their parked vehicle when they were struck by an oncoming car. 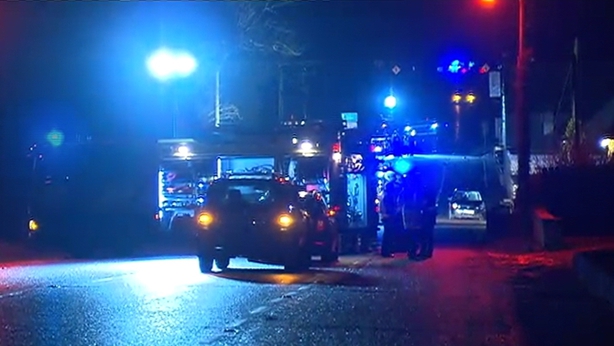 The bodies of the two women have been removed to Our Lady of Lourdes Hospital, Drogheda.

The main Dublin to Derry road has been closed at Hunterstown following the collision which happened at around 6.30pm.

Motorists asked to avoid the N2 Dublin to Derry road at Huntertstown, Co Louth following a collision in which two people were killed pic.twitter.com/87clAwwO0m

Emergency services are at the scene.

Gardaí have confirmed the road has been sealed off and are advising motorists to avoid the area.

Gardai have appealed for witnesses to contact Ardee Garda Station on 041-6871130, the Garda Confidential Telephone Line 1800 666 111 or any garda station.