The contents of a Government WhatsApp group set up to manage media messaging around the Brexit result have been released to RTÉ News under Freedom of Information.

The contents of the discussion group were requested by RTÉ's This Week programme following the existence of the group being revealed in The Sunday Times in June, after the result of the British referendum on EU membership.

This is the first time content from WhatsApp, an encrypted messaging service, has been released under FOI.

While names of participants in the group have been redacted, the group involved press and communications personnel from the Government departments and State agencies.

The various representatives discussed media reaction to the result and analysis by media commentators on the result. 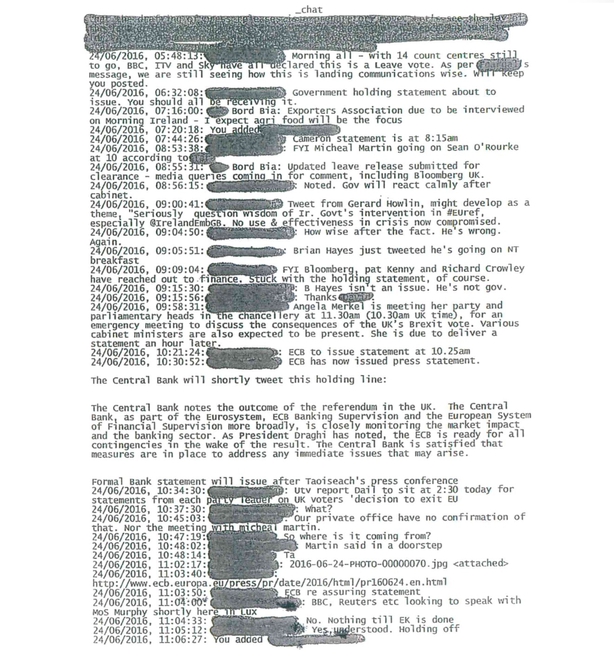 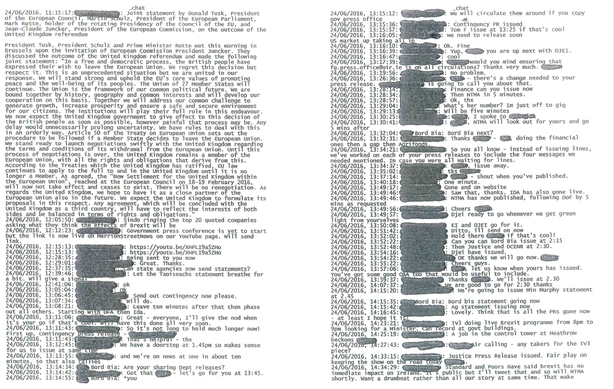 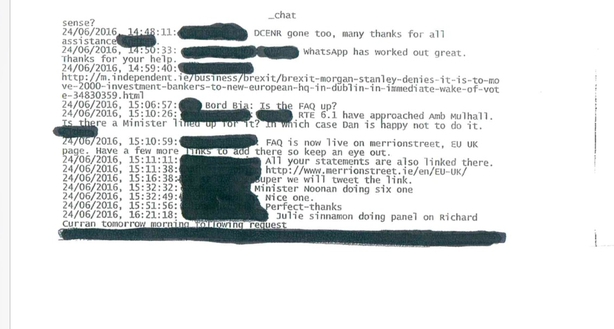