A protest march has taken place in Limerick calling on the Government to take action on the persistent overcrowding at the emergency department at University Hospital Limerick.

A crowd of around 200 people gathered to call for solid action to increase bed capacity at the hospital.

Organiser Donal O’Brien, who is a volunteer Emergency Medical Technician, said for the past ten years ordinary citizens have been wronged by this problem.

Mr O'Brien said it was not a protest against frontline staff, but was aimed at Minister for Health Simon Harris, Minister for Finance Michael Noonan and the Health Service Executive. 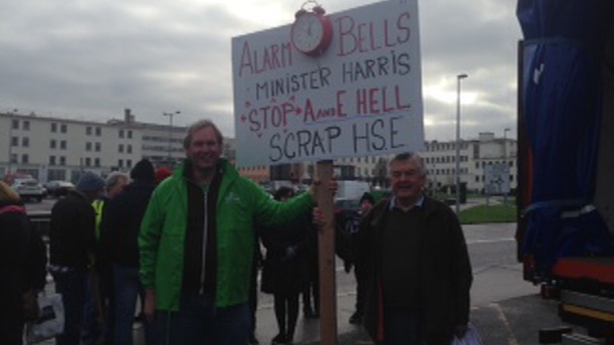 Action is needed he said, adding that it is not enough for Minister Harris to say he is sorry.