The Taoiseach has spoken to Sinn Féin leader Gerry Adams and Democratic Unionist Party leader Arlene Foster and said both parties are willing to consider a meeting to discuss the crisis that has brought Northern Ireland to the brink of elections.

Speaking to RTÉ News, Enda Kenny said he had also spoken to former deputy first minister Martin McGuinness who had told him he intended to attend any meeting that might take place.

Mr Kenny said the situation was serious but that if people were talking anything was possible.

He said a bilateral meeting between the DUP and Sinn Féin would be a hugely important step.

Earlier today, Mr Adams said there is "no evidence that an election can be averted" in Northern Ireland.

Speaking in Dublin, Mr Adams said he based his thinking on talks with Secretary of State for Northern Ireland James Brokenshire yesterday, and with Ms Foster on Monday.

In a downbeat assessment, he declared: "It's our certain view that the election has to go ahead."

However, he added: "If something does emerge, then that's another matter."

This evening Mr Adams called on the government "to engage positively in an ongoing and consistently strategic way with the British government to ensure the full implementation of the (Good Friday) Agreement". 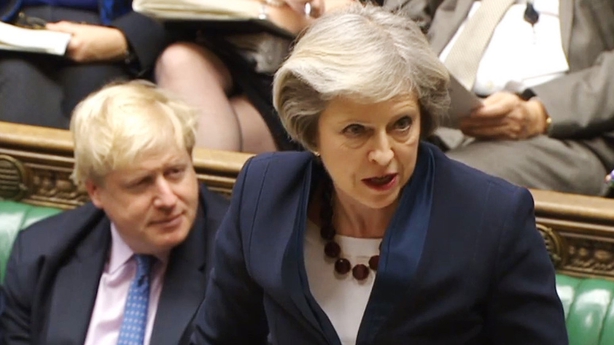 British Prime Minister Theresa May earlier said that Northern Ireland would continue to have a say in Britain's preparations for leaving the European Union, despite the likelihood of fresh Stormont elections.

At her first Prime Minister's Questions of 2017, Ms May said it is still the case that ministers are in place, adding that "obviously there are executives in place, that we are still able to take the views of Northern Ireland people".

Yesterday evening, Ms May and Mr Kenny discussed the crisis on the phone.

They pledged to work together to find a way through the political storm that has threatened devolution.

Mr Brokenshire has met representatives of Sinn Féin as part of a series of meetings to try to save the Stormont Executive.

Sinn Féin health minister Michelle O'Neill afterwards said her party is not interested in last-ditch negotiations with the DUP to save the coalition government and avert a snap election. 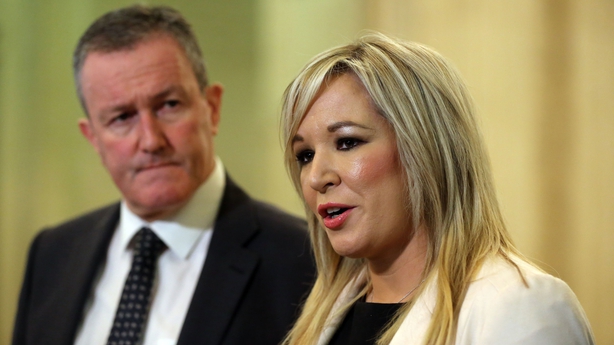 Ms Foster has indicated she would be open to talks with her former partners in government.

"We are not interested in trying to get into negotiations now - what we need is fundamental change. We believe the public need to have their say."

The UK government needs to press ahead and call the poll, the Sinn Féin minister added.

Minister for Foreign Affairs Charlie Flanagan has said he will travel to Belfast tomorrow for talks on the Assembly crisis, but feels that an election is "likely".

Speaking in Dublin, Mr Flanagan has said the political situation is "grave".

He expressed concern there could be a "divisive election campaign" which could lead to a "polarisation of politics" in Northern Ireland.

He added that it "behoves everyone" to try and enter into dialogue and "avoid automatically triggering elections" on Monday.

This afternoon, Mr Brokenshire said there is a high probability that a snap election will be held and he was concerned about the divisive nature of an election.

Speaking to RTÉ's Northern Editor Tommie Gorman, he said that he was holding intensive talks with all political parties in an effort to see if an election could be averted.

"The high probability is that we're moving towards an election and I'm concerned as to the divisive nature of that election and how we can ensure continued work between the parties to identify how we can maintain that focus and indeed that sense of Northern Ireland, the sense of prosperity, the sense of opportunity here."

Mr Brokenshire said that he was conscious that he had to act within a "reasonable time frame", but his focus, for now, was on seeing what can be achieved and whether a way forward can be found.

He said it was clear that trust and confidence among the parties at Stormont had broken down.

Mr Brokenshire said that the British and Irish governments would work alongside each other, encouraging people to work together and assisting in focusing minds.

Mr McGuinness's resignation, in protest at the DUP's handling of a botched renewable energy scheme, forced Ms Foster from her post as first minister.

Northern Ireland faces the prospect of direct rule from Westminster being reintroduced if the fallout between the DUP and Sinn Féin cannot be resolved on the other side of an election.

The looming collapse of power-sharing was triggered by the Renewable Heat Incentive (RHI) affair - a scandal that has left Stormont with a £490 million bill.

Northern Ireland's former deputy first minister Seamus Mallon has said that the RHI scandal is just the tip of the iceberg, saying that corruption has existed in the Northern Ireland Executive for some time.

On RTÉ's News At One, he said a resolution might be possible if a judicial independent inquiry is created looking into the corruption which, he said, has existed in the executive for some time.

He said the executive has been "rotten to the core" and has been tolerated by the British government and "dealt with neatly" by the Irish Government.

He added that the Good Friday Agreement is the only way the North can move forward and its value and importance should be prioritised. 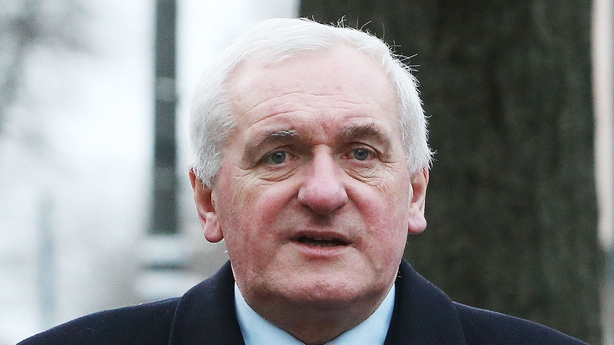 Speaking on RTÉ's Today with Sean O'Rourke, he said there must be a way for both sides to pull this situation back.

He urged the DUP and Sinn Féin to meet and talk, saying resolving the issues would be easier now than on the other side of an election.

It was pointless, he said, to go into an expensive election before the energy scheme scandal is investigated.