Ten people have died in Poland as bitterly cold weather swept Europe, bringing the toll of hypothermia deaths in the country to 65 since November.

Temperatures have plunged to below -20 degrees Celsius in some regions.

Yesterday was the deadliest day in Poland this winter for cold-related deaths.

A cold wave across Europe has left at least 33 dead since the weekend, many of them migrants or homeless people.

The weather in Ireland is forecast to turn wintry from Wednesday through to Saturday.

Met Éireann says it will feel bitterly cold on Wednesday, with daytime temperatures of no more than 8C.

The weather is forecast to be wintry with hail, sleet and possible snow from Wednesday night onwards. 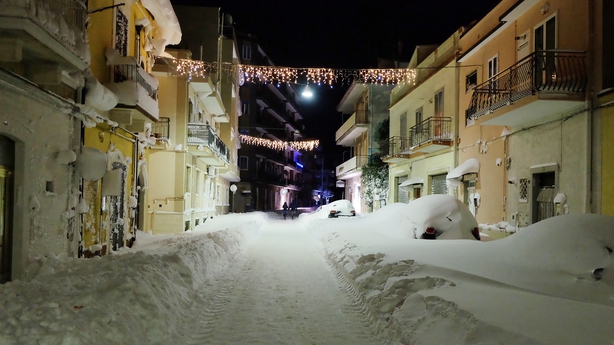 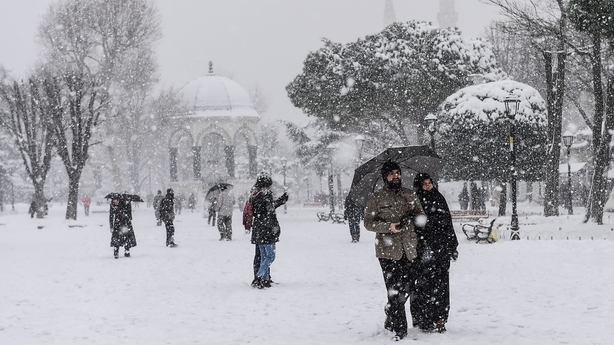 Heavy snowfall in Turkey's main city Istanbul paralysed traffic for a third straight day with the Bosphorus Strait closed to ships and hundreds of flights cancelled.

Ferry services between the European and Asian sides of the city were scrapped and schools across the city closed.

On a normal day, the airport can accommodate over 1,500 landings and take­offs. Turkish Airlines CEO Bilal Eksi said more than 600 flights had been cancelled yesterday and over 10,000 travellers unable to reach Istanbul had been put up in hotels worldwide.

A 68­-year-­old homeless man was found frozen to death in the Macedonian capital Skopje while in Serbia, the southeastern town of Sjenica saw the mercury plunge to ­-33 degrees Celsius.

Traffic on the Danube and Sava rivers was halted in Serbia.

Scores of migrants in the capital Belgrade took shelter in a warehouse near the railway station, spurning shelters provided by the government for fear they would be deported back to their countries. 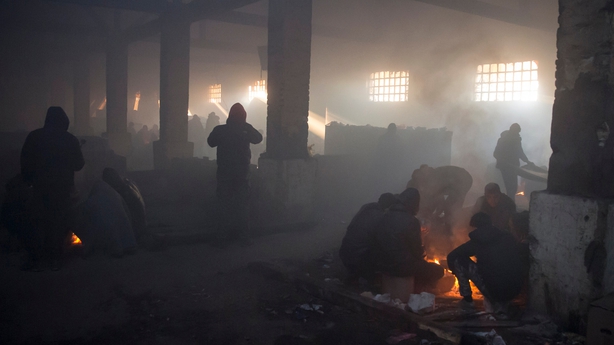 Schools were closed across cities in central Siberia today but classes resumed in Moscow where the temperature rose by seven degrees to ­-20 degrees Celsius.

The Russian capital recorded its coldest Orthodox Christmas Night for 120 years at the weekend, according to media reports.

Greece and Italy have also seen fierce cold weather over the past week and in both countries, several migrants have died of hypothermia.

With more than 60,000 mainly Syrian refugees on its territory, Greece has moved many migrants to prefabricated houses and heated tents.