North Korea tested ballistic missiles at an unprecedented rate during 2016, although some experts have said it is years away from developing an ICBM fitted with a nuclear warhead capable of reaching the US.

The country has been under UN sanctions since 2006 over its nuclear and ballistic missile tests.

The sanctions were tightened last month after Pyongyang conducted its fifth and largest nuclear test on 9 September. 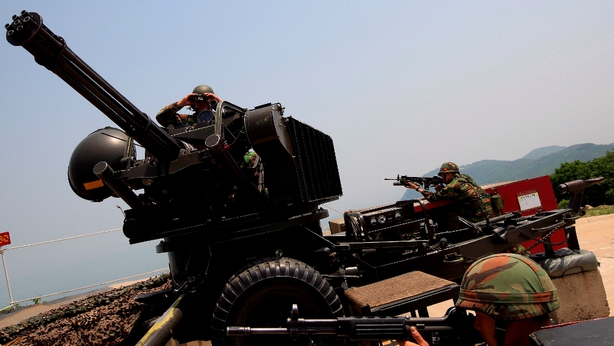 In February, North Korea launched a satellite into space, which was widely seen as a test of long-range ballistic missile technology.

The US state of California is roughly 9,000 km from North Korea.

The Musudan is designed to fly about 3,000 km, posing a threat to South Korea and Japan, and possibly the US territory of Guam.

A senior US military official said last month that North Korea appears able to mount a miniaturised nuclear warhead on a missile but is still struggling with missile re-entry technology necessary for longer range strikes.