Police have detained one person after a truck crashed into a Christmas market in Berlin, killing at least nine people and injuring many more in what they called a possible "terror attack".

"We are investigating whether it was a terror attack but do not yet know what was behind it," a police spokesman told AFP.

"A man who was apparently driving the truck was detained," a police spokeswoman said. "The person riding in the vehicle is dead."

A police spokesman later said the truck was Polish. The Polish owner of the lorry earlier said that his driver was missing.

"We haven't heard from him since this afternoon. We don't know what happened to him.

"He's my cousin, I've known him since I was a kid. I can vouch for him," transport company owner Ariel Zurawski told AFP. 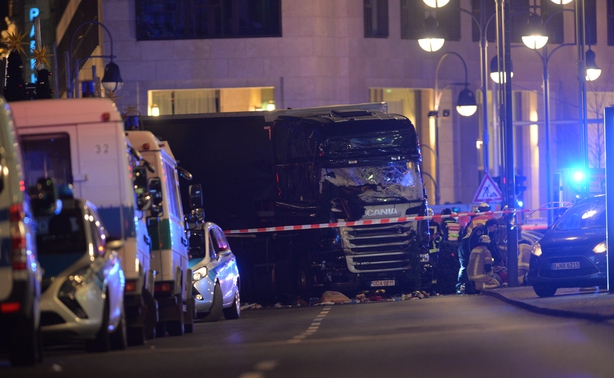 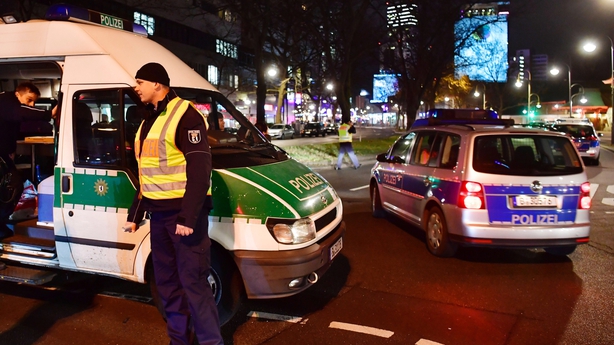 Thomas Neundorf, spokesman for the Berlin Police, said 50 people had been injured.

"According to what we've been able to ascertain, a lorry drove into the Christmas market," he said.

"This lorry came from Kantstrasse. It went through the market stalls and then it left the area towards Budapesterstrasse.

"Multiple persons were injured by the lorry. According to the limited information we have, we have to report nine deaths including the passenger of the lorry.

"The driver of the lorry fled. We were able to arrest a suspicious person nearby.

"Now we are checking if this is the driver of the lorry."

In response to whether the incident was an accident or an attack, Mr Neundorf said it was unclear.

"The background to this incident is not yet clear," he said.

"The criminal police of the state of Berlin is currently investigating.

"All we can say at this current point in time is that there is no more danger.

"We are investigating how this lorry came to drive into the Christmas market, how did this situation happen?" Dozens of emergency services were at the scene of the incident.

Mr Neundorf added: "One suspect will be questioned. This is thought to be the driver of the lorry."

He said that his understanding was that no shots were fired during the incident but police will be investigating.

"The nationality of the passenger and the driver is not known to me at the moment," he said.

"This will all be the subject of the investigation.

"The lorry had, on the vehicle, Polish numberplates.

"If the lorry was stolen or if it was driven legally will be the subject of the investigation.

"We are right at the beginning of the investigation. The priority at the moment is saving the injured people."

German Interior Minister Thomas de Maiziere tonight said there were many signs that the crash was an attack, but added: "I don't want to use the work 'attack' yet, although there are many things pointing to one." Police tweeted to urge people to stay at home and refrain from spreading rumours, adding that officers were working at full speed.

Police have since said there is no indication of further "dangerous situations".

To protect the privacy please do not spread videos from #Breitscheidplatz

German Chancellor Angela Merkel is being briefed by the interior minister and the Berlin mayor on the situation, according to a government spokesman.

FM #Steinmeier on horrific events at #Berlin Christmas market: My deepest sympathy for families + friends of the victims. #Breitscheidplatz pic.twitter.com/cxw7dve7eP

A spokesperson for the Department of Foreign Affairs has said there are no reports of any Irish people caught up in the incident.

The DFA will continue to monitor the situation.

Anyone concerned about relatives or friends in Berlin should call 01-4082000.

Minister for Foreign Affairs Charlie Flanagan has said: "I am horrified by the loss of life in Berlin this evening. I extend sincere condolences to the families and loved ones of the victims. Our thoughts are also with those injured in this appalling incident.

"Ireland stands in solidarity with Germany. I urge Irish citizens in Berlin to follow the advice of local authorities and to make contact with their families who may be concerned at this time."

A French minister this evening said security would be strengthened at Christmas markets in the wake of tonight's incident.

White House National Security spokesman Ned Price said: "The United States condemns in the strongest terms what appears to have been a terrorist attack on a Christmas Market in Berlin, Germany, which has killed and wounded dozens.

"Germany is one of our closest partners and strongest allies, and we stand together with Berlin in the fight against all those who target our way of life and threaten our societies.

"We have been in touch with German officials, and we stand ready to provide assistance as they recover from and investigate this horrific incident."

Today there were terror attacks in Turkey, Switzerland and Germany - and it is only getting worse. The civilized world must change thinking!