Pressure is mounting on the North's First Minister to step aside after Sinn Féin said it will bring a proposal to Northern Ireland's Assembly calling on Ms Foster to stand aside while an investigation takes place into the RHI scandal.

The Democratic Unionist Party leader has been under mounting pressure over her handling of a botched green energy scheme which critics predict will overspend by £400m. The DUP has said it supports an independent investigation.

As well as the Sinn Féin proposal, the SDLP are bringing forward a motion of no confidence in Ms Foster tomorrow.

Deputy First Minister Martin McGuinness said: "The current crisis is not about party politics. It is not an orange or green issue.

"It is about restoring the credibility of the power-sharing institutions and dealing with incompetence and allegations of corruption and abuse.

It is my firm belief the only way to establish the truth of what has occurred and to begin to restore public faith in the institutions is for an independent, time-framed and robust investigation to take place.

"The First Minister should stand aside to allow this," he said.

Mr McGuinness added that Sinn Féin is calling on all parties and MLAs to support the proposal.

The error-ridden RHI scheme was designed to incentivise businesses to replace old heat sources with new eco-friendly alternatives, such as wood pellet boilers.

But the 'cash for ash' scheme ended up paying applicants more than the purchase price of the fuel.

There was no cap on the subsidy payments, so essentially the more heat you generated, the more public money you were paid.

For every £1 of fuel bought by businesses, they got paid around £1.60 through the scheme.

Meanwhile, a DUP spokesperson said the party supports the need for an independent investigation free from partisan political interference to establish the facts around the RHI scheme.

"We have been working to reach agreement with officials and others on the precise details of such an investigation over the last number of days," said the spokesman.

The SDLP are also planning to put forward a motion of no confidence in Ms Foster in the Assembly tomorrow.

"Pride has prevented the First Minister from standing aside to facilitate a full inquiry into the biggest public finance scandal in the history of devolution," said a spokesperson for the SDLP.

"Pride prevents Sinn Féin from signing up to a cross-party proposal to stand the First Minister aside to facilitate a full inquiry into the biggest public finance scandal in the history of devolution.

"The public has had enough of politicians putting their own pride first and the public interest second. This is a time to restore faith in our institutions," added the spokesperson. 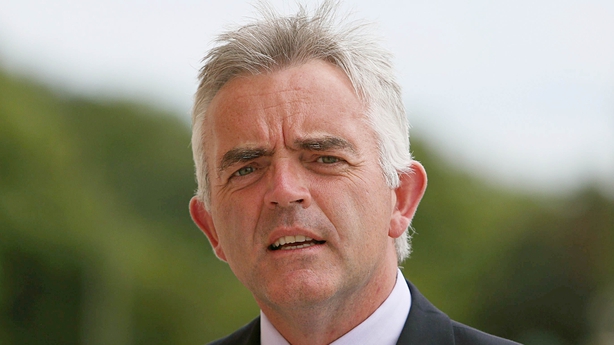 Earlier, Jonathan Bell, who accused DUP advisers of delaying plans to close down the controversial Renewable Heat Incentive Scheme, was suspended by the party.

Mr Bell made the accusations last week in a BBC interview.

DUP party officers met over the weekend and a spokesman confirmed the Strangford Assembly member's suspension was unanimously agreed.

Ms Foster has faced down calls to resign for her involvement in the RHI, which was developed during her time as economy minister and has left the taxpayer in Northern Ireland facing an estimated £400m overspend.

Mr Bell, who succeeded Ms Foster as economy minister, claimed there had also been an attempt to remove references to her in documents related to the botched scheme.

In his TV interview, a tearful Mr Bell said God told him to come clean as he claimed a "highly agitated and angry" Ms Foster demanded he keep the RHI open for an extra two weeks despite its huge losses.

During the interview, Mr Bell predicted his claims would spell the end of his political career, and he called for a judge-led public inquiry into the affair.