Austrian MPs have approved the expropriation of the house where Adolf Hitler was born, ending years of bitter legal wrangling, but it is unclear what will now happen to the building.

A large majority approved the new law late yesterday submitted by the government in a bid to stop the dilapidated house in the northern town of Braunau am Inn from becoming a neo­-Nazi shrine.

The owner, local resident Gerlinde Pommer­­ who has been renting the premises to the Austrian state since 1972 ­­will receive an unspecified amount in compensation under the legislation.

But the fate remains uncertain of the otherwise unremarkable yellow corner house in Braunau's quaint historic centre where the future Nazi dictator was born on 20 April 1889.

In October, Interior Minister Wolfgang Sobotka said it would be "torn down" to make place for a new building to be used by a charity, citing recommendations from an expert committee.

But several of the 13­-member panel were quick to deny that the commission had backed Mr Sobotka's push to bulldoze the building at 15 Salzburger Vorstadt Street.

"A demolition would amount to negating Austria's Nazi past," the experts said in a joint statement in October.

Josef Puehringer, premier of Upper Austria state, said after talks with Mr Sobotka and Braunau's Mayor Johannes Waidbacher that it would not be demolished but renovated and used by a charity.

"After a lengthy meeting we decided not to knock it down after all," Mr Puehringer said.

"A social use, as was the case already over many years, is a life­ affirming statement, a homage to the victims of National Socialism and a clear symbol against the crimes committed by Hitler," he said. 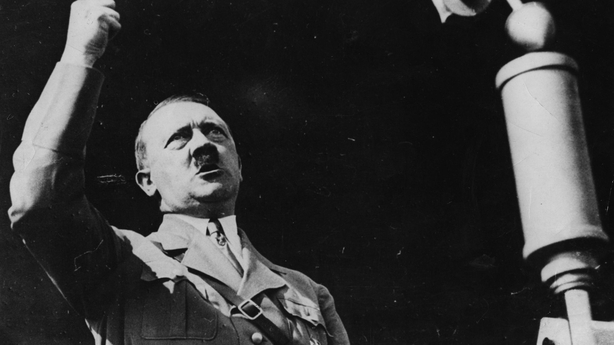 Every year on Hitler's birthday, anti-fascist protesters organise a rally outside the building, next to a memorial stone reading: "For Peace, Freedom and Democracy. Never Again Fascism, Millions of Dead Warn."

Although Adolf Hitler and his family moved away when he was very young, the address has been a thorn in Austria's side for decades, drawing Nazi sympathisers from around the world.

The property has been empty since 2011 when Austria became embroiled in a dispute with Ms Pommer, who rarely speaks to the media.

Her family has owned the 800­ square ­metre building for nearly a century.

Since the early 1970s, the government had been renting the premises for around €4,800 a month and used it as a centre for people with disabilities.

But the arrangement came to an abrupt end five years ago when Ms Pommer refused to allow much ­needed renovation works.

The elusive owner also rejected a purchase offer made by the increasingly exasperated interior ministry.

The issue has also sparked debate among Braunau's 17,000 residents.

Some want the building to become a refugee centre, others a museum dedicated to Austria's liberation from Nazi rule.