Flight MH370 disappeared in March 2014 with 239 passengers and crew on board, most of them Chinese, en route to Beijing from the Malaysian capital of Kuala Lumpur.

The search is set to be wrapped up in January, Australia's Joint Agency Coordination Centre (JACC) said in a statement.

Malaysia, Australia and China agreed in July to suspend the search if the plane was not found or new evidence uncovered once the search area had been scoured.

Australia is leading the search for the plane at the request of the Malaysian government.

Search vessel Fugro Equator on Monday left Fremantle in Western Australia for its last journey to the 120,000 sq km patch of sea floor that has been the focus of the 1,000-day hunt for the vanished Boeing 777, the JACC said. 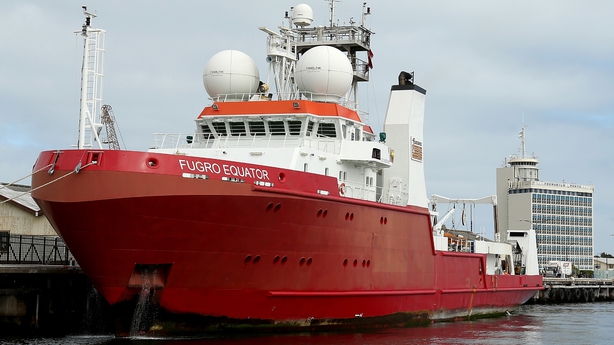 The vessel will revisit sites of previous sonar contact to examine them more closely with a submersible drone.

Chinese involvement in the search diminished this week, as its sonar-equipped vessel ended its role in the hunt and turned for Shanghai.

The Dong Hai Jiu 101 joined the search in February, initially contributing deep-sea sonar scans before being reconfigured in October to conduct dive missions with its own remotely operated submersible.

China continues to take part in "regular consultation and briefings" regarding MH370, a spokesman for the search team said.

The undersea search has found no trace of the plane, although three pieces of debris found on the beaches of Mauritius, Tanzania and the French island of Reunion have been confirmed to be from MH370.

Investigators are examining several other pieces found in Mozambique and South Africa.

Frustrated relatives of missing passengers have demanded that the search be extended to the coastline of east Africa.