Ireland and the United States have signed an agreement extending the 12-month J1 visa for another three years.

It was originally agreed in 2008 and has been renewed on a two-year basis since then.

Today it was renewed for a further three years.

The bilateral agreement signed today between the Irish and US governments relates only to the 12-month J1 visa and not the four-month programme, which most Irish students use to spend a summer working in the US.

There have been concerns about the future of the J1 programme given previous remarks from US President-elect Donald Trump that he plans to end the scheme. 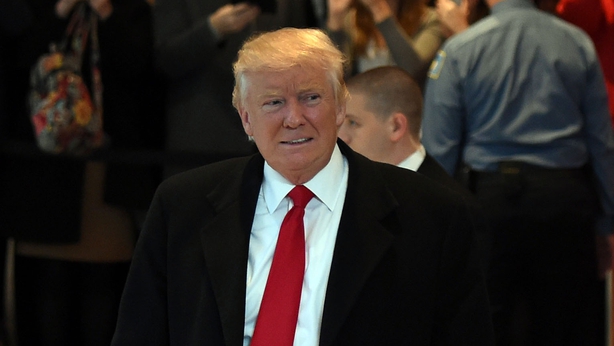 In August 2015, in a position paper posted on his website, Mr Trump said "the J1 visa jobs programme for foreign youth will be terminated and replaced with a résumé bank for inner city youth provided to all corporate subscribers to the J1 visa programme".

However that paper is no longer available on his website and the same pledge is not contained in his latest policy paper on immigration.

Despite the signing of today's agreement, uncertainty still hangs over the programme as Mr Trump could shut it down by executive order once he takes office on 20 January.

The J1 programme is, however, unlikely to be high up on his immigration reform agenda, given his focus on building a wall with Mexico.

While it would be straightforward for Mr Trump to close out the four-month summer J1 visa programme, it would be more difficult to end the 12-month J1 programme because it is a bilateral arrangement between the Irish and US governments, rather than a blanket, global programme. About 300 Americans availed of the reciprocal arrangement and travelled to Ireland for a 12-month period of travel and work.

The renewal memorandum of understanding was signed today by Ireland's Ambassador to the US Anne Anderson and US Assistant Secretary of the Bureau of Educational and Cultural Affairs Evan Ryan.

Later today Ambassador Anderson and other officials from the Irish Embassy in Washington will attend a meeting with State Department officials about the four-month J1 visa.

Changes were made to that programme in 2016 which required students to have secured a job before travelling to the US.

Irish officials had had concerns that would impact numbers, and Ambassador Anderson said today that had proved to be the case.

There are ongoing talks about the programme and about how it can be best operated.