A man in his 20s has died following a head-on collision between two cars in Co Cork.

The crash happened at 8.15am on the Fermoy to Ballyhooly Road at Castlehyde.

The man, a driver of one of the cars, was pronounced dead at the scene.

An adult and a four-year-old child travelling in the other car were also injured.

They are both being treated in Cork University Hospital.

The N72 Fermoy/Mallow road remains closed at Castlehyde pending an investigation by a forensic crash investigator. 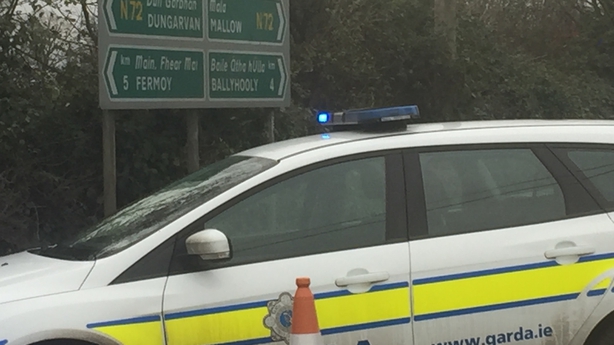 Gardaí have appealed for witnesses, particularly for anyone travelling on the N72 this morning, to contact Fermoy Garda Station on 025-82100, the Garda Confidential Line on 1800-666-111 or any garda station.

Separately, a man in his 30s was killed in a collision in Co Derry this morning.

The man died following the collision between a car and a van on the Foreglen Road between Claudy and Dungiven at around 6.30am.