Donegal has topped a list of must-see destinations around the world for next year.

The list, compiled by National Geographic Traveller magazine, highlights 17 destinations including capital cities such as Helsinki and Seoul and countries as far flung as Greenland and Sudan.

However, Donegal's "weather-nibbled coast" with Blue Flag beaches and offshore islands helped it reach the top spot on the 'Cool List'.

The magazine also recommends surfing at Magheroarty and coastal drives along the Wild Atlantic Way.

The county also received a tourism boost last summer when Star Wars: Episode VIII was filmed on the Inishowen Peninsula. 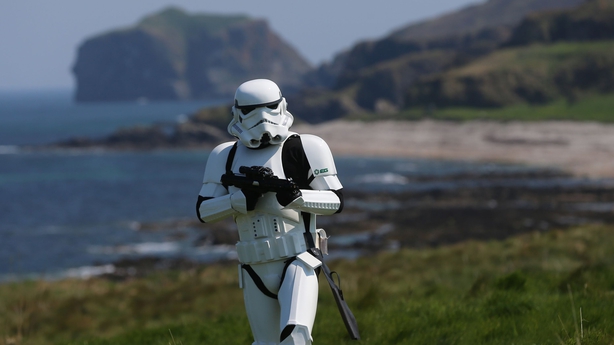 Fáilte Ireland have welcomed the announcement, with Orla Carroll - the organisation's director for the Wild Atlantic Way - saying the coastal route is going "from strength to strength and it is starting to pick up a large amount of global recommendations."

Mr Carroll added that one of the tourism body's "key objectives for 2017 will be to boost visitor growth in the northwest stretch of the coastal route.

"We know Donegal is cool and now we’re delighted that the rest of the world is hearing the same.”

Speaking after the list was released, magazine editor Pat Riddell said "Ireland's forgotten county" is among the "best places to see and be seen in the coming year."

Chilean capital Santiago comes in second place on the list, with Helsinki in third place.