2016 is set to be the best ever year for Irish tourism, surpassing all previous records.

According to Tourism Ireland's latest estimates, 10.5 million people will have visited the island of Ireland by the end of this year.

It represents an increase of 11% on 2015, with growth recorded from all markets.

Revenue generated by international visitors is expected to be €5.4bn, a 10% increase over last year. 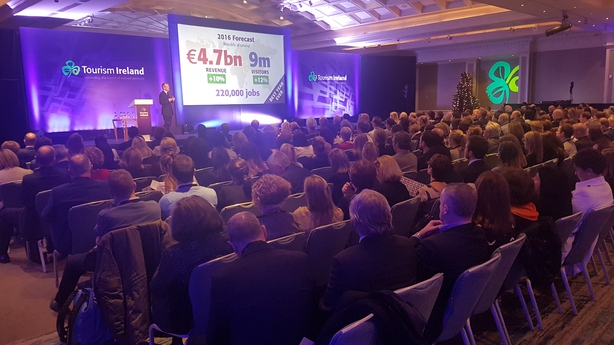 Tourism Ireland says a number of factors contributed to the rise, including an expansion of flights from the US, Germany and the Middle East, along with strong economies in key source markets.

However, Britain remains Ireland' s largest market for overseas tourism, and a weaker sterling is impacting on value for money in Ireland.

While acknowledging the challenge posed by the Brexit fallout, Tourism Ireland says it hope to build on this year's performance next year, and plans to grow overseas tourism revenue by over 4.5% in 2017.

Minister for Tourism Shane Ross described as "complete nonsense" claims he has not contributed to the tourism portfolio.