A project which sees Irish prisoners refurbish bikes for school children in Africa is celebrating its latest milestone.

Inmates at Loughan House in Co Cavan have been repairing unwanted bikes collected by Rotary Clubs from across the island of Ireland.

This week the project completed the refurbishment of its 2,000th bike. 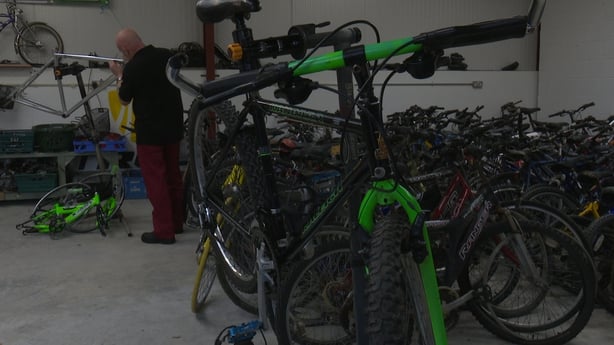 The bikes are sent to Gambia, where many children living in poverty can face as much as a 32km round trip to attend their closest school.

Dale Orr from Rotary Ireland said: "We have been blown away by the support for this wonderful project not only from Rotarians in Ireland but also those people who have sought us out and donated their bikes to what we truly believe is an amazing cause."

Loughan House Governor Eddie Mullins said the project also plays an important part in the rehabilitation of prisoners who are soon to be released back into society.

He said: "It provides them with the expertise to become bicycle engineers and to even gain a City and Guilds Qualification, which we are confident many can use to make a better life upon their release.

"They have worked hard and with passion to raise funds to buy the spare parts they need and gain the qualifications on offer and should be thanked for being part of this exciting project which sees us send 2,000 bikes from Ireland to those in Africa who are in desperate need of our help," he added.