The Web Summit could stay in Lisbon for up to five years, two years more than previously thought.

The tech conference, which comes to a close this evening, was thought to have signed a three-year deal with the Portuguese capital.

But the Portuguese Secretary of State for Industry, Joao Vasconcelo, told RTÉ News that the agreement includes an option to stay two more years beyond 2018, if the 2016 summit goes well.

The development could reduce the likelihood of it returning to Ireland in the near future, following its controversial departure last year.

A Web Summit spokesman confirmed the existence of the two-year option.

However, when asked whether the summit intended to exercise the option based on this year's experience, CEO Paddy Cosgrave declined to say. 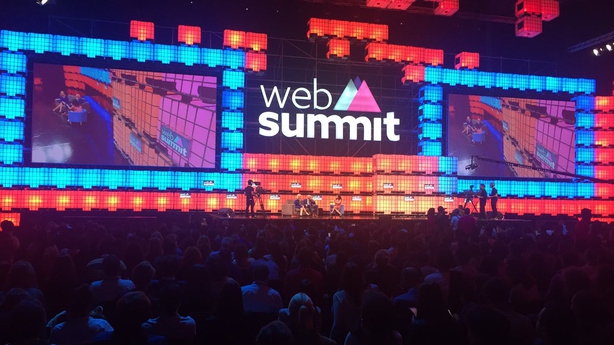 He said he was very, very happy with this year's event, that the days leading up to today had been quite incredible and his focus was on the last few hours of Web Summit.

Mr Cosgrave also said there was room for further growth at the venue, which has a capacity of 80,000, and the Web Summit was not yet using the entirety of the facilities.

Among the top speakers today were Dr Werner Vogels, who is the Chief Technology Officer of Amazon, Reddit co-founder Alexis Ohanian and musician Tinie Tempah.

Meanwhile, the Web Summit has said the number of women attendees this year was twice last year, with 42% of delegates female.

The summit also said that 67,000 unique devices connected to the wifi system this year, with 20 terabytes of download - ten times the traffic of last year.