A strong earthquake measuring 6.6 magnitude struck central Italy this morning, causing the collapse of more buildings in small cities and towns already shaken by tremors in the past two months, although there were no immediate reports of casualties.

It was a bigger quake than one which hit central Italy on 24 August, killing almost 300 people.

There have been thousands of aftershocks in the weeks since then, including two particularly strong tremors last Wednesday.

A 6.6 magnitude earthquake in Italy this morning caused widespread damage to buildings, but no casualties have been reported pic.twitter.com/aNplC9VnLM

Italy's emergency services said there was serious damage in multiple locations in the central regions of Marche and Umbria.

State broadcaster RAI said three people were rescued from rubble in the town of Ussita, but there were no reports of deaths.

The ancient Basilica of St Benedict in the walled town of Norcia, almost 100km from Perugia, was devastated by the quake, the monks said. 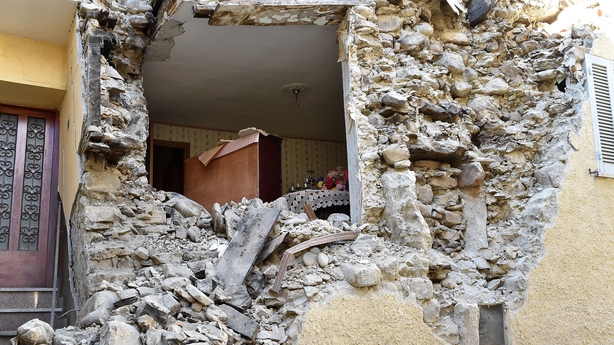 Images on television showed one side of the church reduced to rubble, and another church in the town centre also collapsed.

Local authorities said many towns and villages already battered by the 6.2 quake in August had seen further significant damage.

"This morning's quake has hit the few things that were left standing. We will have to start from scratch," Michele Franchi, the Deputy Mayor of Arquata del Tronto, told RAI television. 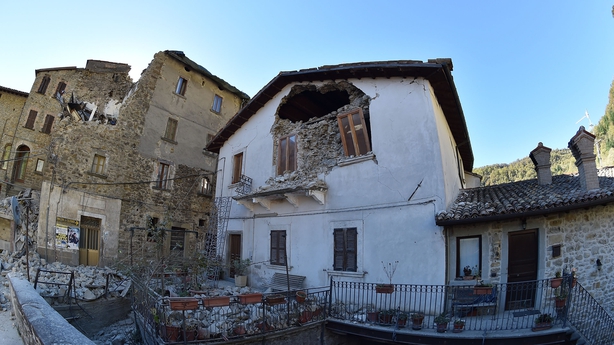 Many of these places were evacuated after the August disaster and were largely deserted when the quake hit at around 6.40am Irish time.

The earthquake was felt as far north as Bolzano, near the border with Austria and as far south as the Puglia region at the southern tip of the Italian peninsula.

It was also felt strongly in the capital Rome, where transport authorities closed down the metro system for checks.

Before this year, the last major earthquake to hit the country struck the central city of L'Aquila in 2009, killing more than 300 people.

The most deadly since the start of the 20th century came in 1908, when an earthquake followed by a tsunami killed an estimated 80,000 people in the southern regions of Reggio Calabria and Sicily.