Three separate investigations are under way following a crash between a Luas and a tour bus in Dublin this morning.

The Railway Accident Investigation Unit, the gardaí and the tram operator, Transdev, are conducting separate investigations into the collision.

Eight people, including a three-month-old baby girl, were injured in the incident.

The crash happened just before 11am at the junction of Smthfield and Lincoln lane. A Cityscape tour bus collided with a Luas tram heading in the direction of Tallaght.

A number of units from the Dublin Fire Brigade and paramedics attended the scene.

Gardaí said eight people were taken to hospital. Among those hospitalised was a three-month-old baby who was taken to Temple Street Hospital for observation. She has since been discharged from hospital.

The Mater Hospital said five patients were being treated there.

Luas red line services between Blackhorse and The Point and Connolly were suspended for a time after the incident.

In a statement this afternoon, Transdev said: "Our priority is our staff and passengers' well-being at the time," added the statement." 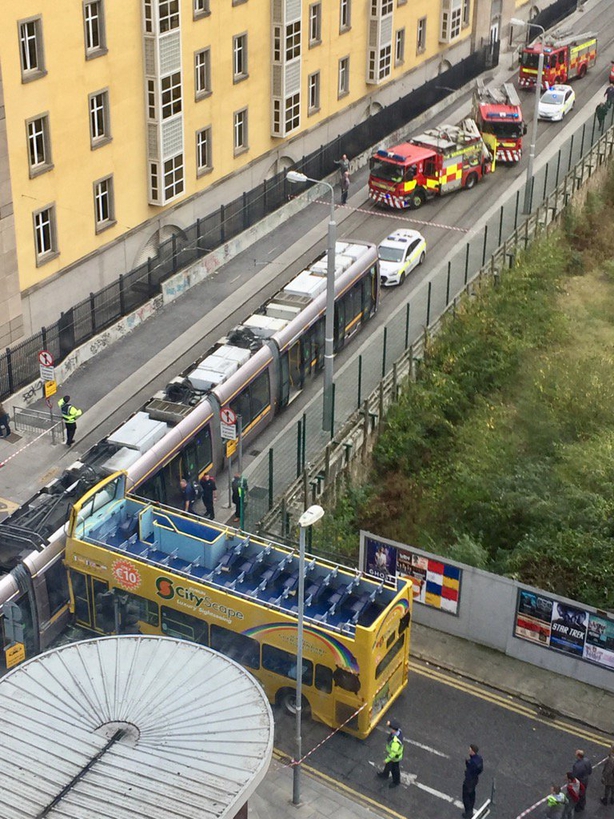