The Minister for Finance has announced a new tax on sugar-sweetened drinks in Budget 2017, with the World Health Organization also today urging Governments globally to tax sugary drinks to fight obesity and diabetes epidemics.

A 20% price increase could reduce consumption of sweet drinks by the same proportion, the WHO said in "Fiscal Policies for Diet and Prevention of Noncommunicable Diseases", a report issued on World Obesity Day.

Drinking fewer calorific sweet drinks is the best way to curb excessive weight and prevent chronic diseases such as diabetes, although fat and salt in processed foods are also at fault, WHO officials said.

Minister Michael Noonan said that the Government planned to introduce a tax on sugar-sweetened drink in line with a similar tax in Britain, which would see the tax introduced in April 2018.

Ahead of this, the Government would undertake a public consultation process, which would seek submissions on the form and implementation of the tax between now and January 2017.

"Smart policies can help to turn the tides on this deadly epidemic, especially those aimed at reducing consumption of sugary drinks, which is fuelling obesity rates," former New York mayor Michael Bloomberg, a WHO ambassador for noncommunicable diseases, said in a statement. 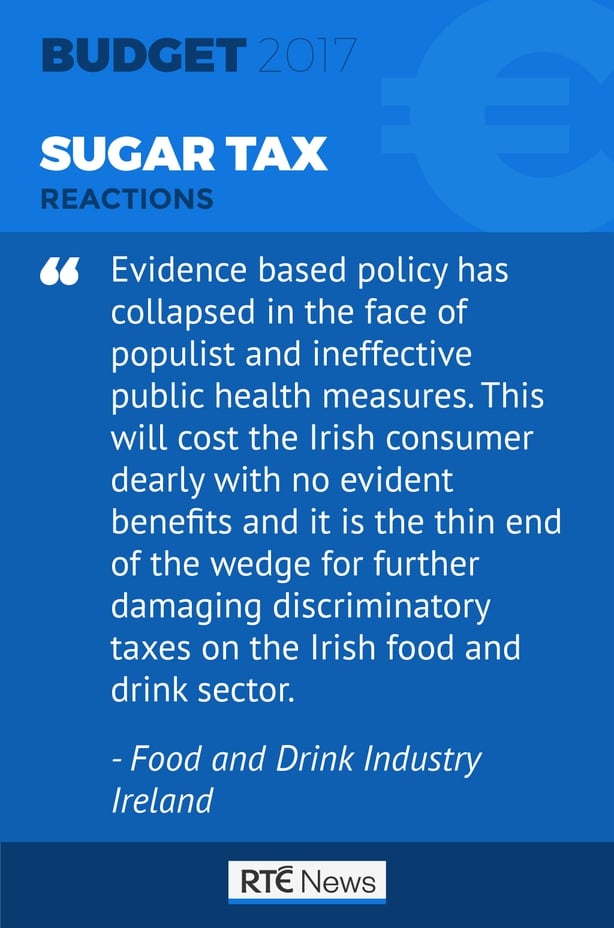 The global soft drink market is worth nearly $870bn in annual sales.

"It is an unproven idea that has not been shown to improve public health based on global experiences to date," the Washington-based International Council of Beverages Associations said in a statement.

A comprehensive approach based on the whole diet was needed for a lasting solution to obesity, it said.

Paul Kelly of lobby group Food and Drink Industry Ireland said the proposal "will cost the Irish consumer dearly with no evident benefits and it is the thin end of the wedge for further damaging discriminatory taxes on the Irish food and drink sector".

An estimated 42 million children under the age of five were overweight or obese in 2015, said Francesco Branca, director of WHO's nutrition and health department, an increase of about 11 million over 15 years.

The United States has the most obesity per capita, but China has similar absolute numbers, Ms Branca said, voicing fears that the epidemic could spread to sub-Saharan Africa.

The WHO said there was increasing evidence that taxes and subsidies influence purchasing behaviour and could be used to curb consumption of sweet drinks.