Taoiseach Enda Kenny will next month chair an all-island civic dialogue to get a broad range of views on Brexit.

Invitations to the discussions on 2 November will be extended to civic society groups, trade unions, business people, non-governmental organisations and the main political parties on the island.

Today the Government stepped up its preparations to deal with the fallout from Brexit.

The Taoiseach brought a memo to Cabinet warning that this country faces a major challenge once it loses a key ally at the EU negotiating table.

Ms May said the exit clause from the EU is likely to be triggered by the UK in the first three months of next year.

That means the maximum two-year negotiation on British's future relationship with the European Union is close to getting under way.

For the Government here the priorities are trade, the economy, the common travel area and the peace process.

The Brexit forum with interested groups will consider the impact of Brexit across all sectors of society.

"Now that we have clarity from Prime Minister May regarding the timetable, we will intensify our engagement and preparation for the negotiations," Mr Kenny said.

"Ireland faces unique challenges from Brexit, not least given the all-island issues that arise," he added.

Senior officials from London, Dublin and Belfast will also meet in London this week and it will be an opportunity to discuss Brexit implications and options.

Departments are now exploring all the various possible relationships Britain could negotiate with the EU and the impacts of each of these for Ireland.

All departments are continuing their contingency planning although the memo states this is difficult when it is not known what new trading and other arrangements between the UK and EU will be put in place.

It states that engagement with EU partners and institutions remains a high priority and diplomatic contacts will be intensified with Britain and other EU members.

Ireland must also identify and minimise the impact of risks to the economy from Brexit while being ready to avail of potential opportunities that may arise, including inward investment opportunities and the relocation of EU bodies currently located in the UK, the memo notes.

The IDA will extend its schedule of trade missions.

The memo states that given the March timeline for triggering Article 50, there is now a greater urgency in terms of Northern Irish engagement.

The Taoiseach’s memo says that it will be important that the Government is consistent and measured in its communications on Brexit issues and that ministers should use all opportunities to sensitise other EU member states to Ireland's key concerns during the pre-negotiation phase.

Structural changes have been made within some departments. The EU division in the Department of Foreign Affairs and overseas missions in several EU countries will be enhanced.

There is also to be "closer political and official engagement" with political leaders and institutions in Northern Ireland, the UK and Europe.

Cabinet also agreed that next week's Budget will include measures to support the "overall economic response to Brexit".

The Opposition has criticised the Government for not doing enough on the issue. 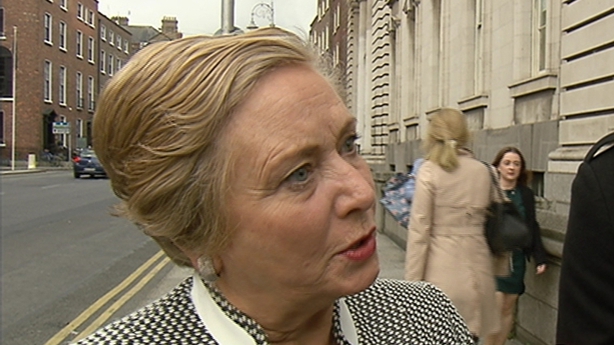 Tánaiste and Minister for Justice Frances Fitzgerald earlier said it is important that the EU understands and recognises Ireland's unique relationship with Britain.

Speaking as she arrived for today's Cabinet meeting, Ms Fitzgerald said the border with Northern Ireland is a key issue.

She added that the Government has to be sure everyone across Europe understands the position Ireland is in, the importance of the peace process and that Ireland has a unique relationship with the UK and a common travel area.

Cabinet was also set to discuss the heads of a bill that will outlaw forced marriages in this country. The minister seeks to do this through changes to the planned Domestic Violence Bill. 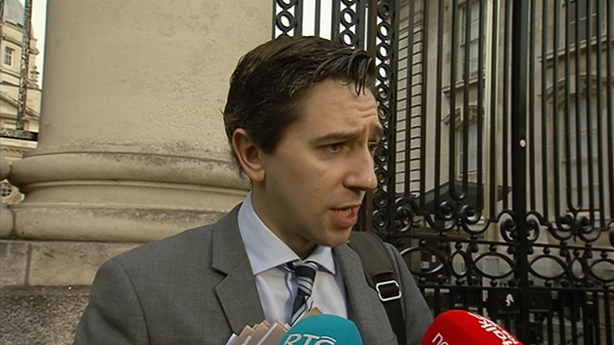 Minister for Health Simon Harris said ministers are working hard in their departments and with their counterparts in the UK to deal with Britain's exit from the EU.

In his own area, Mr Harris said he has met Minister David Prior of Britain's Department of Health and they agreed to work to ensure shared areas of healthcare will continue.

Northern Ireland Secretary James Brokenshire has vowed that the North’s interests will be protected when the UK leaves the EU.

Mr Brokenshire said he had no doubt that Northern Ireland "can and will" make a success of Brexit.

He also insisted the UK government remains determined to protect the Union including Northern Ireland in the wake of EU withdrawal.

On the border with the Republic, Mr Brokenshire told the Conservative Party conference in Birmingham: "We will work to ensure that Northern Ireland's unique interests are protected and advanced.

"That's particularly the case when it comes to the land border with the Republic of Ireland and the Common Travel Area which has served the UK and Ireland well for many decades."

A legal challenge to Brexit is under way in Belfast.