A commuter train plowed into a station in New Jersey at the height of morning rush hour, killing a woman on the platform and injuring moret han 100 people as it brought down part of the roof and scattered debris over the concourse.

Witnesses described terrifying scenes as the front of the train smashed through the track stop at high speed and into the Hoboken terminal, toppling support columns and creating chaos at one of the busiest transit hubs in the New York City area.

One woman from Hoboken died when she was struck by debris from the crash, said the city's mayor, Dawn Zimmer. New Jersey Governor Chris Christie told reporters that 108 people were injured.

The train's engineer, or driver, was injured and taken to a hospital. In a phone interview with CNN, Mr Christie said the driver had been released from hospital. He did not describe his injuries.

"We have no indication that this is anything other than a tragic accident but ... we're going to let the law enforcement professionals pursue the facts," Mr Christie said at a news conference in Hoboken alongside New York Governor Andrew Cuomo.

US National Transportation Safety Board vice chairman Bella Dinh-Zarr told a separate news conference that investigators would retrieve the event recorder, which tracks speed, braking and other data, from the rear of the train.

She said the train was operating in a "push-pull configuration" in which locomotive-hauled trains can be driven from either end.

"Our investigation will continue here on scene for seven to ten days," she said. 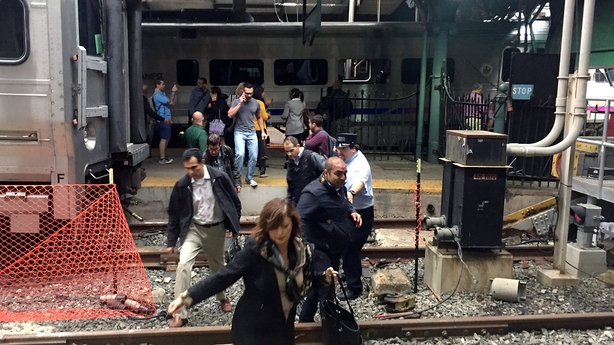 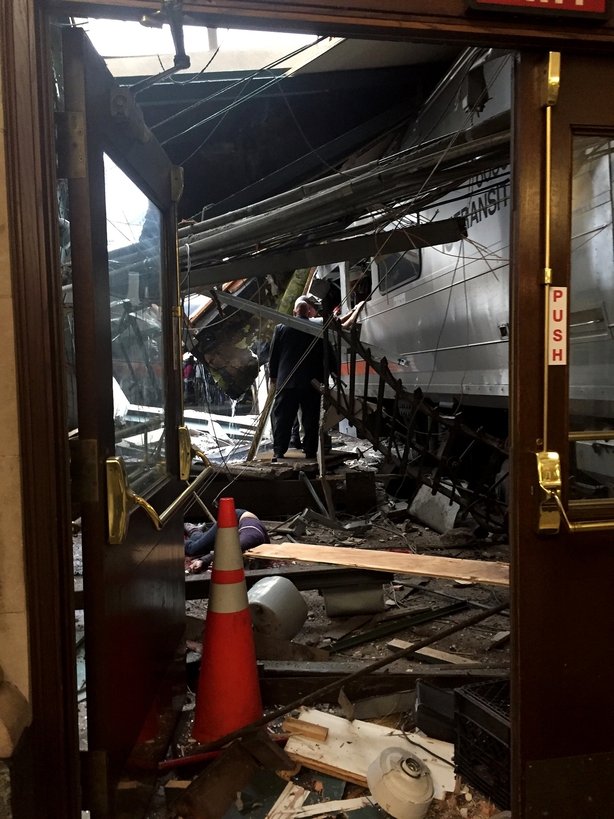 Mr Cuomo said it was obvious the train came into the station too fast, but it was unclear why.

The cause could be human error or technical failure, Mr Cuomo said.

He added that it was too early to say whether an anti-collision system known as positive train control could have prevented the crash. PTC is designed to halt a train if the driver misses a stop signal and advocates cite it for helping to combat human error.

A couple of hundred emergency workers spent the morning shuttling in and out of the station, some carrying the injured on stretchers to ambulances outside. Federal investigators later began examining the wreckage.

Hoboken, the last stop on the lines it serves, lies on th eHudson River's west bank across from New York City. Its station is used by many commuters traveling into Manhattan from New Jersey and New York state. 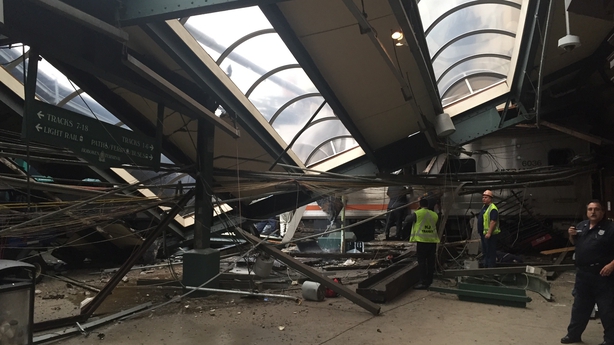