The late broadcaster Terry Wogan is being honoured at a memorial in Westminster Abbey.

The Limerick-born presenter died in January this year.

Today's memorial, attended by friends and colleagues of the late broadcaster, takes place on the 50th anniversary of Wogan's first appearance on BBC radio.

Mr Wogan died on 31 January aged 77 and in keeping with his family's wishes the broadcaster's burial was a small, private ceremony.

Today's event was organised as an opportunity for the wider community to give thanks for the life of the broadcaster. 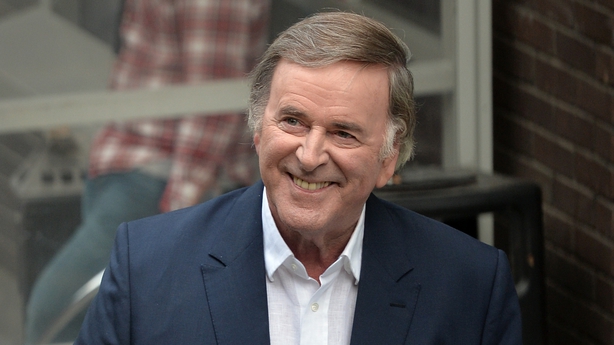 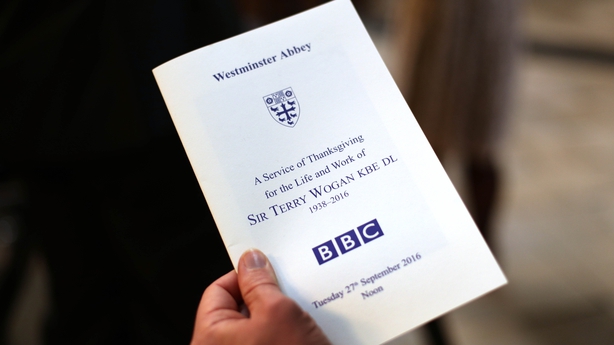 The service began with recordings of the star's unmistakable voice from Sir Terry's archive.

It included an emotional message as he signed off from his Radio 2 breakfast show for the final time, telling his loyal listeners "thank you for being my friend", imploring an audience to dig deep for Children In Need.

TV presenter Chris Evans paid tribute at the service, saying: "Terry Wogan wasn't the best. He is the best and he will always be the best." Sir Terry's children, Alan Wogan, Mark Wogan and Katherine Cripps, paid tribute to their father's "love of our mother, his children and grandchildren".

They remembered "his true understanding of charity", his "empathy and selfless wisdom" and his "life's work, warmth and humour, his gentleness and for his love of people".

The broadcaster's marriage was one of the most solid in showbusiness, and Sir Terry affectionately called his wife Helen "the present Lady Wogan" on air.

The family of Sir Terry Wogan as the bells of #Westminster Abbey ring out pic.twitter.com/Go4RkA0dT2

He spoke of the broadcaster's "numerous" and "memorable" Eurovision quips, adding: "My own favourite comes from 2007, when he announced as the coverage began: 'Who knows what hellish future lies ahead? Actually I do, I've seen the rehearsals!"'

The BBC chief said that Sir Terry was most proud of his work for Children In Need - he fronted the main appeal show from its inception in 1980 to 2014. 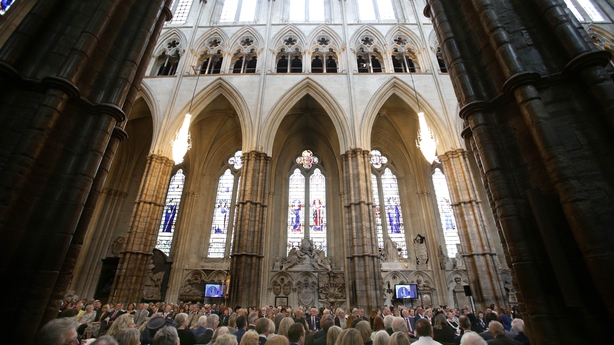 Mr Wogan started his career with RTÉ in the 1960s, before moving to the BBC and becoming one of the best-known and best-loved presenters on British radio and television. 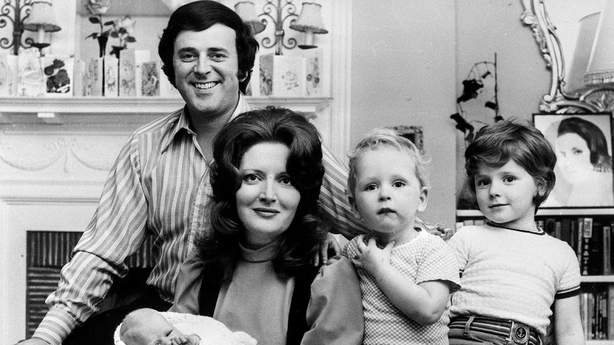 His death was mourned across Ireland and Britain with many paying particular tribute to the role he had played as a bridge between the UK and Ireland during some of the darkest days in the history of the two nations.

On 17 September, the late broadcaster was named as one of this year’s recipients of the Presidential Distinguished Service Award.

He is among a list of Irish abroad being honoured under the award scheme.

The awards recognise leaders in a variety of areas including the arts, community support, business and peace and reconciliation.