The Chairman of NAMA's audit committee has strongly criticised the Comptroller and Auditor General following the publication this week of his report into the sale of property in Northern Ireland, known as Project Eagle.

The C&AG report found the sale incurred a potential loss to the taxpayer of £190m on the sale after previous write downs were included.

Speaking on RTÉ’s Marian Finucane programme, Brian McEnery said in draft reports he had received from the C&AG, "potential losses" were referred to but in the final report that changed to "probable losses".

Those changes were made without NAMA having a chance to respond, he said.

He also criticised the C&AG for not getting outside experts involved in its assessment.

Regarding the decision that the discount on the property in Project Eagle should have been 5.5% when NAMA had decided the discount was around 10%, Mr McEnery said the C&AG decision "was wrong in my view".

He said that while Project Eagle was across 2013 and 2014, the C&AG had given clear reports on NAMA in both years.

He added that politicians in Northern Ireland had sought to appoint members to the board of NAMA when it took over property there. This was resisted so an advisory committee was set up, he said.

"When NAMA was making decisions it did not consult with the Northern Ireland Advisory Committee," he said.

Mr McEnery also said NAMA was on track to make a profit for the State of around €2.5bn as well as develop 20,000 housing units and carry out developments in the Dublin docklands.

NAMA incurred a net loss in 2014 of £162m from Northern Ireland debtor asset sales, most of which related to Project Eagle.

Speaking on RTÉ's The Week in Politics, the PAC member and TD for Dublin Central said that Mr Noonan has to give a full account of everything he knows about the sale.

Senior representatives of NAMA are due to appear before the committee on Thursday to respond to the C&AG audit.

Ms McDonald said she was worried over speculation that Mr Noonan will not appear before PAC and that he would send officials to the committee instead.

She said if Mr Noonan does not appear before PAC it "renders his position untenable".

However, Minister for Social Protection Leo Varadkar said it was "regrettable" that Sinn Féin was trying to turn Mr Noonan into a "political target".

Speaking on the same programme, he said that ministers should not go before the PAC and that they are responsible to the Dáil.

"Any questions that can be asked can be put to him in the Dáil in the normal way. The PAC is a special committee... and to the best of my knowledge we've never had a minister go before the PAC."

Former attorney general and minister for justice Michael McDowell has called for a wide-ranging examination into the potential disclosure of confidential information held by NAMA.

Speaking to RTÉ's This Week, Mr McDowell said that rumours were now emerging that what has come out about NAMA was the "tip of the iceberg", in terms of interested third-parties coming into the possession of confidential information regarding NAMA's business affairs.

Mr McDowell, who is also a former tánaiste, said that those interested third parties would have stood to gain from accessing such information relating to multi-million euro assets and valuations held by NAMA.

He said any statutory inquiry into the allegations of inappropriate dealings may be hampered by the fact that it would not have jurisdiction to summon witnesses in Northern Ireland or farther afield.

In that regard, he said the co-operation of key overseas companies would be at their discretion, and it was questionable whether firms in Northern Ireland, the United States or the Isle of Man would take part in an inquiry grounded in the Republic, which could not compel their engagement.

Likewise, he said that an examination of the sale by the Dáil's Public Accounts Committee "simply cannot" deal with the allegations of fixer fees, the reasons behind the withdrawal of one initial bidder; Pimco, or the ultimately winning bid by Cerberus.

However, he said both the statutory inquiry and the PAC could permit the detailed questioning of senior officials at NAMA, in relation to the sale process and wider operation of the agency. 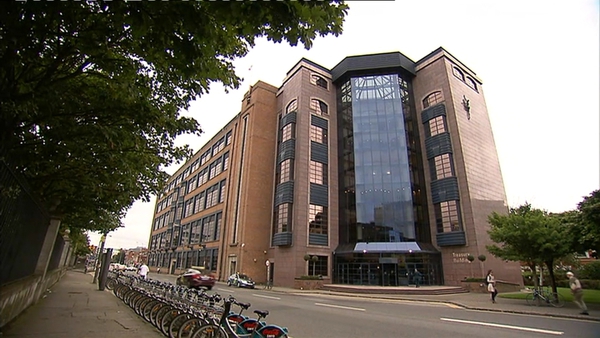