The Government is to order an inquiry into the controversial £1.2 billion sale of Northern Ireland property assets by NAMA.

The Project Eagle deal with US investment fund Cerberus in 2014 has been dogged by scandal for more than a year, including £7 million linked to it being found in an Isle of Man bank account.

The Government confirmed the Public Accounts Committee would first examine a Comptroller and Auditor General report into the affair, beginning on 29 September, before a formal inquiry is launched.

"The Government's objective is to ensure that all matters of public concern are addressed in a speedy and effective manner," a spokesman said.

This evening Minister for Public Expenditure and Reform Paschal Donohoe expressed confidence in NAMA and also in the C&AG.

Finance Michael Noonan and the Government would co-operate fully with the PAC and will offer any support to it, Mr Donohoe added.

He also said there was a substantial discussion about the report at Cabinet earlier.

Taoiseach Enda Kenny is to invite Opposition party leaders to meet him tomorrow to seek agreement on the issues that need further investigation.

Some Government sources are suggesting the possibility of a financial expert looking at leading the investigation.

NAMA has "categorically rejected" the key conclusions of the report, stating they are "fundamentally unsound and unstable and cannot be left unchallenged". 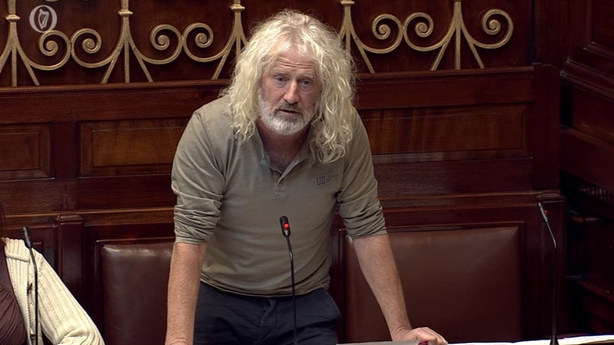 Independents4Change deputy Mick Wallace, who was first to raise concerns about the sale in the Dáil, said Mr Kenny and Mr Noonan have "displayed breathtaking indifference, and at times arrogance, to any form of oversight of NAMA."

He continued: "The C&AG report deals with just one aspect of NAMA's operation - if the Government want all the truth in the open, only a truly independent Commission of Investigation has any chance of exposing just how dysfunctional this organisation has been, and what the cost has been to the people of Ireland."

Fianna Fáil finance spokesperson Michael McGrath has said there must be an inquiry and that it must be flexible but have Project Eagle as its main focus.

Mr McGrath said the report makes searing criticisms of NAMA and ultimately decisions that were made in Dublin.

Northern Ireland First Minister Arlene Foster has meanwhile called for maximum transparency over the deal and argued that the National Crime Agency probe should take precedence north of the border.

"I think there is an unstoppable argument in the south for a very intensive investigation and of course many of us are arguing that is a much more effective investigation if it's done on an all-island basis," Mr McGuinness said.

Emma Pengelly, the chairperson of the Stormont Committee that has been investigating the controversy, says the inquiry being carried out by the NCA  is the best way of discovering the truth about what happened.

Ms Pengelly also played down the possibility of co-operation in the short term between the Stormont Committee and the PAC.

Meanwhile, a spokesperson for Minister for Transport Shane Ross praised Fine Gael for been open minded enough to consult the Opposition about a possible inquiry.

The spokesperson said the original proposal to Government today sought to have the matter looked at by the Public Accounts Committee.

However, Minister Ross' spokesperson said the Independent Alliance always wanted to discuss and debate the terms of a further investigation with the Opposition.