Taoiseach Enda Kenny has said there cannot be a situation where every week the Government is held to ransom and called on Minister of State John Halligan to fulfil his responsibilities on a national level.

Speaking on Newstalk radio, Mr Kenny said there would be no reversal of a decision not to proceed with a second catheterisation laboratory at University Hospital Waterford.

The decision is at the centre of a dispute between the Government and Mr Halligan, a local Waterford TD and a junior minister with responsibility for Training, Skills and Innovation.

Mr Halligan believes a second cath lab is needed, but a review commissioned by Minister for Health Simon Harris found that a second lab was not justified.

Mr Kenny this morning said Mr Harris had "gone beyond where he needed to go in order to give the people of Waterford and the southeast region the best level of service with the cath lab that’s there."

The Taoiseach said he did not have the power to sack ministers of state, and that decision would have to be made at a Cabinet level.

He reiterated that he expected people to do their job.

This evening, Mr Halligan said he is remaining in Government and will continue his duties as minister.

He said he is booked out with appointments, which he will honour.

It is understood that members of the Independent Alliance have agreed to meet up in the next 48 hours.

Minister for Housing, Planning and Local Government Simon Coveney earlier said he hoped that Mr Halligan stayed in Government, saying that commitments that had been made about UHW have been kept.

Speaking on RTÉ's Today with Sean O'Rourke, Mr Coveney said investment in services in the hospital would be made and another review would take place next year which was "reasonable".

Meanwhile, Tánaiste and Justice Minister Frances Fitzgerald said it would be better if Mr Halligan decided what he wants to do.

She also said that the Government was standing by the clinical review report on UHW.

Minister for Communications, Denis Naughten said that it is not an easy position for Mr Halligan to be in, but there are health proposals "on the table" and Minister Halligan should work with the Government.

Speaking on RTÉ's Drivetime he said: "It's very much in John Halligan's court in relation to this at the moment."

Minister for Social Protection Leo Varadkar has said that when he was health minister, he was upfront on announcements in relation to promises at University Hospital Waterford.

Speaking on RTÉ's Drivetime, the minister said that Mr Halligan is a good advocate for his constituency and his region, and he would not like to see any minister resign from Government. 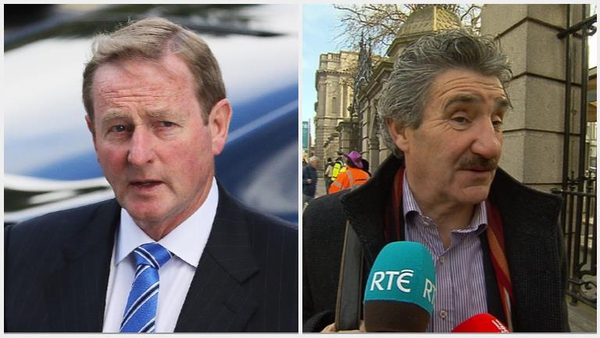