According to US Secretary of State John Kerry, the Syrian ceasefire deal agreed by the United States and Russia could mark a "turning point" in the five-year conflict if implemented.

The accord, which is to come into force on Monday on the first day of the Muslim holiday of Eid al-Adha, aims to freeze fighting between President Bashar al-Assad's forces and the armed opposition.

Here are the main points of the agreement, which could also see the first joint military campaign by the two powers against jihadists, according to Mr Kerry and his Russian counterpart Sergei Lavrov.

- The Syrian regime is to refrain from fighting in areas where "moderate" rebels are deployed, as opposed to areas with the presence of Fateh al-Sham Front, which changed its name from Al-Nusra Front after renouncing ties with Al-Qaeda.

- The regime "will not fly combat missions anywhere where the opposition is present in an area that we have agreed on with very real specificity", Mr Kerry said.

- Once the ceasefire holds, the United States and Russia "would then work together to develop military strikes against" Fateh al-Sham, he said.

- "The opposition will also be expected to adhere to the cessation of hostilities," Mr Kerry said.

- The deal requires both sides "halting all attacks, including aerial bombardments and any attempts to gain additional territory at the expense of the parties to the cessation", he said.

- "It requires unimpeded and sustained humanitarian access to all of the besieged and the hard-to-reach areas, including Aleppo" city. 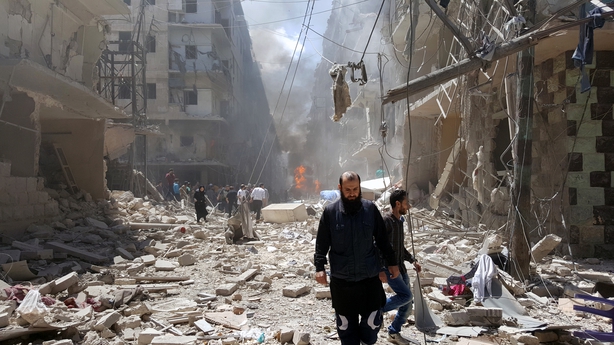 - It "requires forces from both sides to pull back from Castello Road" to the north of the battleground city to "create a demilitarised zone around it, permitting as quickly as possible the resumption of humanitarian and civilian traffic along that road".

- In the Ramussa area south of Aleppo, "both pro-government and opposition groups will be required to provide safe, unhindered, and sustainable humanitarian, commercial, and civilian access to eastern and western Aleppo", which is roughly divided into opposition control in the east and regime control in the west.

- From Monday, work will start for a Joint Implementation Centre, including the "sharing of information necessary for the delineation of territories controlled by (Fateh al-Sham) and opposition groups in the area of active hostilities". 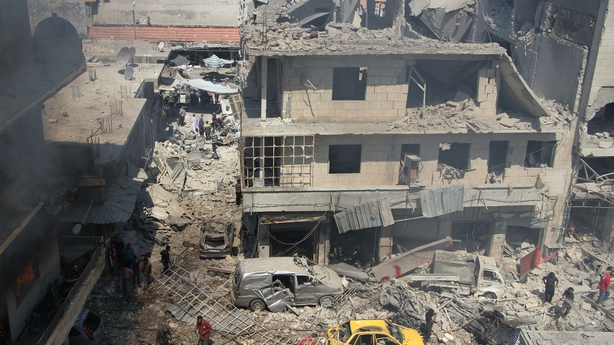 - "After seven continuous days of adherence to the cessation of hostilities and increased humanitarian access, then US and Russian experts will work together to defeat" Fateh al-Sham and the self-proclaimed Islamic State jihadist group, Mr Kerry said.

- These measures can only be implemented if "groups within the legitimate opposition... distance themselves in every way possible from" Fateh al-Sham and IS.

- According to Mr Lavrov, coordinated strikes against the jihadists would be carried out by US and Russian planes in specific areas. "The Syrian air forces will be functional in other areas," he said.

- Russia and Mr Lavrov "have the capability to press the Assad regime to stop this conflict and to come to the table and make peace", Mr Kerry said.

- And after a "period of reduced violence", he said, "we will facilitate a political transition, which is the only way to bring about a durable end to this war".