Italy marked a day of national mourning for 290 people killed in Wednesday’s earthquake as a state funeral was held for 35 of those who died.

Amongst the 35 coffins laid out in a sports hall in Ascoli Piceno were small white coffins holding the bodies of an 18-month-old baby and a nine-year-old girl, two of the 21 children who are known to have died when the quake hit.

"Don't be afraid to bewail your suffering, we have seen so much suffering. But I ask you not to lose your courage," Bishop Giovanni D'Ercole said in a homily in the hall, which was packed with grieving families and the political leaders.

Relatives of the dead sat on chairs next to the coffins or knelt on the floor. Some of the mourners clutched framed photos of their loved ones.

As the names of the dead were read out, hundreds of people gathered outside the sports hall broke into prolonged applause in a sign of solidarity with the families.

Even as the funeral mass was held, rescuers kept searching through the rubble of the worst hit town, Amatrice, even though they had little hope of finding more survivors from Italy's worst quake in seven years.

Nine more bodies were recovered from the town this morning, including three that were pulled overnight from the Hotel Roma, bringing the death toll in Amatrice alone to 230 residents and tourists.

Italian President Sergio Mattarella flew to the town by helicopter today to see the damage for himself before travelling on to the nearby city of Ascoli Piceno for the funeral mass.

Further funerals will be held in the coming days, including in the capital Rome, where almost 50 of the dead came from.

Authorities have released the names of 181 victims. The youngest was five months old, the oldest 93. 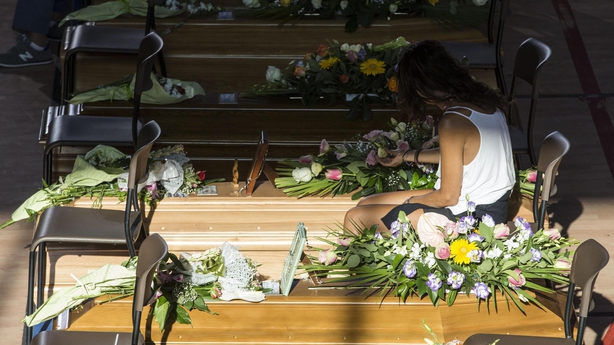 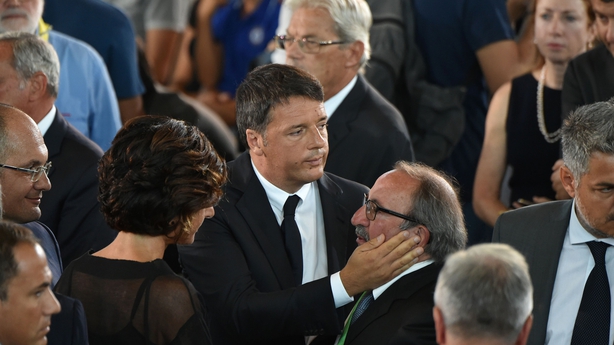 One of the last people to be plucked alive from the debris was a girl called Giorgia, who turned four today. Her sister Giulia's small coffin lay in the centre of the hall. 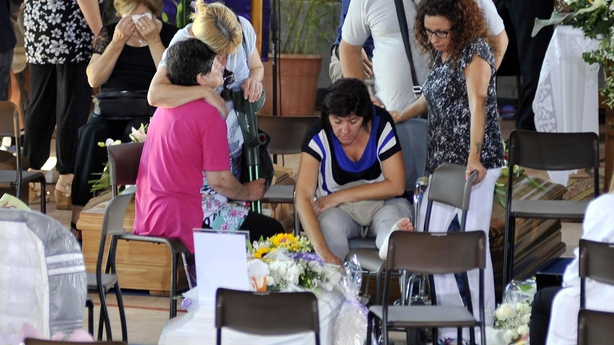 Foreigners who died in the quake included six Romanians, three Britons, a Spanish woman, a Canadian and an Albanian.

The area is popular with tourists and local authorities are still struggling to pin down how many visitors were there when the quake hit.

Mourners had gathered in Ascoli Piceno hours before the mass was due to begin to pay their respects.

"Even if I didn't know them my heart broke for them. My thoughts are with them because there are people who have lost everything, homes, loved ones," said local resident, Luciana Cavicchiuni.

"These things should not happen," she said.

Most of the buildings in the quake zone had no anti-seismic protection, but even some of those that did, including a school in Amatrice that was renovated in 2012, fell apart. 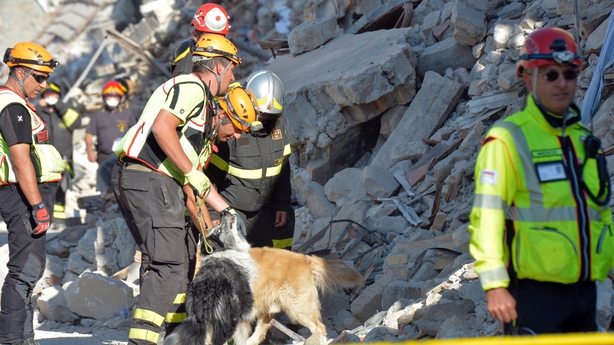 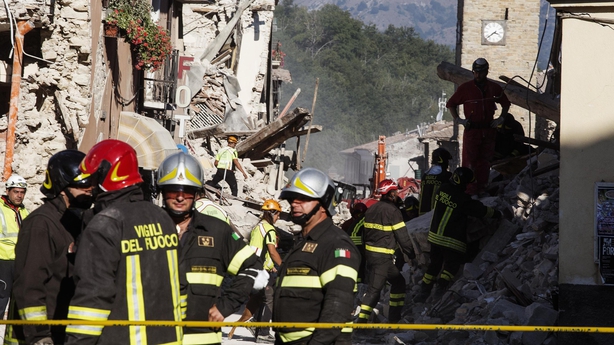 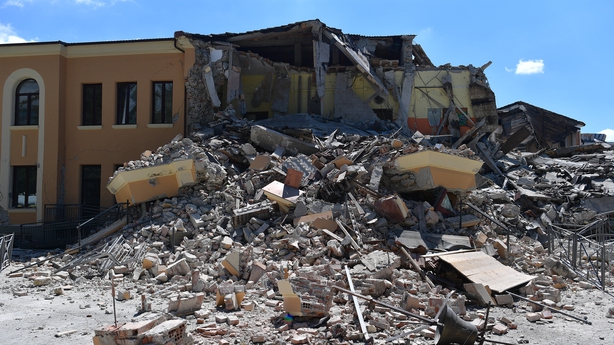 Magistrates have opened an investigation into some of the incidents, including the collapse of a bell tower in the town of Accumoli, which smashed through the roof of an adjacent building killing a family of four.

"What happened cannot just be considered fate," said prosecutor Giuseppe Saieva, who is leading the probe.

"If these buildings had been constructed like they are in Japan then they would not have collapsed," he told la Repubblica newspaper.

Italian Prime Minister Matteo Renzi, who also attended the funeral, has promised to rebuild the shattered communities and the mayor of Amatrice urged the government to learn the lesson of painfully slow post-quake reconstructions of the past.

"What we need is a reconstruction in record time. It is a great opportunity for politicians to show extraordinary commitment," mayor Sergio Pirozzi told President Mattarella.

Aftershocks continued to rattle the area overnight, the strongest measuring 4.2.

Almost 30 people died in earthquakes in northern Italy in 2012 while more than 300 died in the nearby city of L'Aquila in 2009.