Hopes of finding more survivors from Italy's powerful earthquake faded today, with the death toll rising to 278 and the rescue operation in some of the stricken areas called off.

Three days after the quake struck the mountainous heart of the country, sniffer dogs and emergency crews continued to scour the town of Amatrice, which was levelled in the disaster, but there was no sign of life beneath the debris.

"Only a miracle can bring our friends back alive from the rubble, but we are still digging because many are missing," town mayor Sergio Pirozzi told reporters, saying, around 15 people, including some children, had not been accounted for.

In nearby villages, such as Pescara del Tronto, rescuers pulled out after all the inhabitants had been accounted for.

Italy plans to hold a state funeral for around 40 of the victims tomorrow, which will be held in the nearby city of Ascoli Piceno. A day of national mourning was announced, with flags due to fly at half mast around the country for the dead, who include a number of foreigners.

The first funerals of some of the victims are taking place today.

Among those being buried today are two children and their grandparents who died in Pescara del Tronto.

Prime Minister Matteo Renzi promised to rebuild the shattered houses and said he would renew efforts to bolster Italy's flimsy defences against earthquakes that regularly batter the country.

"We want those communities to have the chance of a future and not just memories," he told reporters in Rome.

At least eight foreigners were among those killed, officials said this morning.

The bulk of the confirmed deaths were in the small mountain town of Amatrice. 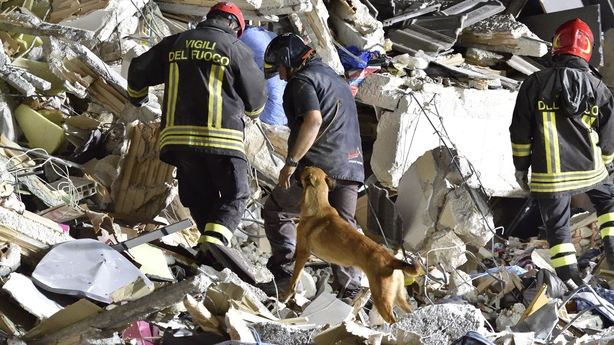 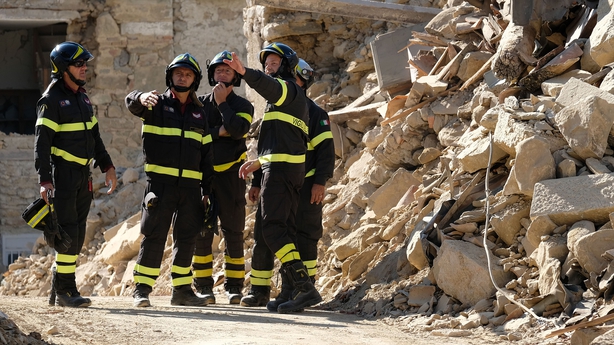 Amatrice normally has a population of around 2,500 but was packed with visitors when the quake struck as people slept in the early hours of Wednesday.

The foreigners who died in the disaster included six Romanians, a Spanish woman, a Canadian and an Albanian. Three British holidaymakers, including a 14-year-old boy, also died.

"We share in the grief of the lives cut short by this terrible event," said Canadian Foreign Minister Stephane Dion in a statement.

El Salvador said its victim, Rosaura Valiente Oviedo, had been living in Italy since 2009. Her son, Roberto Valiente, survived with minor injuries.

The disaster comes seven years after an earthquake in the nearby city of L'Aquila left 300 people dead, raising questions about Italy's ability to prepare for seismic events.