The Olympic Council of Ireland has said it has appointed a data security firm to secure, copy and seal the OCI server and all OCI electronic data following the Rio tickets controversy.

In a statement this evening, the OCI said the firm Espion was appointed earlier this week and an international accountancy firm will be appointed before the weekend to conduct a review of the ticketing arrangements for the Rio Games.

All of the retrieved data will be reviewed by the soon-to-be appointed accountancy firm as part of its review.

The OCI said the findings of this review will be given to retired judge Carroll Moran who has been appointed by the Government to head the inquiry into the issue.

The OCI also said it welcomes the appointment of Judge Moran to lead the inquiry and it "also notes the inquiry's terms of reference".

Minister for Sport Shane Ross has said there will be no boundaries or limits put on Judge Moran's investigation. 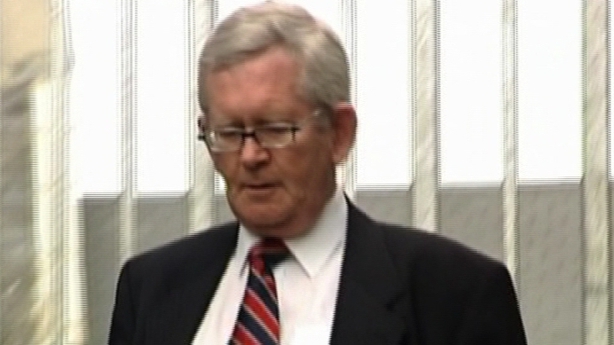 The work of the non-statutory inquiry now gets under way and should be completed in 12 weeks.

The inquiry can at that point, if it chooses, make a recommendation to Government to establish a statutory inquiry.

The investigation will look at how the Olympic Council of Ireland handled ticket allocations and accreditations at the Rio Olympics, the 2014 Winter Games and the London Olympics.

It will also examine the State funding of the OCI and its corporate governance.

It will also examine the policies, procedures, processes and practices adopted by the OCI governing the receipt, distribution and sale of tickets allocated by the International Olympic Committee to it for the summer and winter Olympic Games as well as procedures related to allocating accreditation for the Games.

The inquiry will look into these procedures for this year's Summer Games in Rio, the 2014 Winter Games in Sochi, the 2012 Games in London and any previous Games into which Judge Moran wishes to examine.

In its statement this evening, the OCI also referred to media interviews today by Labour leader Brendan Howlin who stated that he was unsure if Article 32 of the OCI Articles of Association prevented it from co-operating with the State inquiry.

The OCI's legal advice is that there is no impediment whatsoever to the OCI co-operating fully with the inquiry and it intends to do so, the statement reads.

This morning, Minister for Agriculture Michael Creed again called on OCI board member John Delaney to make a simple statement saying he would co-operate with the inquiry.

The minister said if there is a situation where anyone is dragging their feet and not co-operating the Government could establish a statutory inquiry.

This would mean that witnesses could be compelled to give evidence to the inquiry.

Mr Creed said there were some concerns at the public glare of the justice system in Brazil but he added that was Brazil’s business.

He said Ireland's business was to get the facts because the controversy had taken from the achievements of Irish athletes and it had tarnished the country's reputation.