The passports of three members of the Olympic Council of Ireland (OCI) have been seized following the search of a hotel in Brazil in relation to the Rio ticketing controversy.

As part of the ongoing police investigation and working from a court order, Brazilian police wanted to take possession of a number of Irish passports.

It is understood tonight that among the passports they have acquired are those of OCI executive members Dermot Henihan, Kevin Kilty and chief executive Stephen Martin (pictured below, bottom right).

"Early this morning in Rio, Brazilian police arrived at the OCI offices in the Olympic village and at OCI accommodation outside of the village," said the OCI in a statement.

Civil Police removed mobile phones and Olympics tickets from the hotel rooms of members of the OCI.

"The OCI personnel were asked to present for questioning at a local police station on Tuesday (23 August) next. They agreed to do so," said the OCI.

"The OCI had an allocation of unused official tickets in their offices which had been made available for athletes' families and friends. The police also took possession of these tickets," added the OCI.

Also as part of the court order dated yesterday, RTÉ News understands that the Brazilian police are seeking to acquire the passports of three other individuals connected to the OCI. 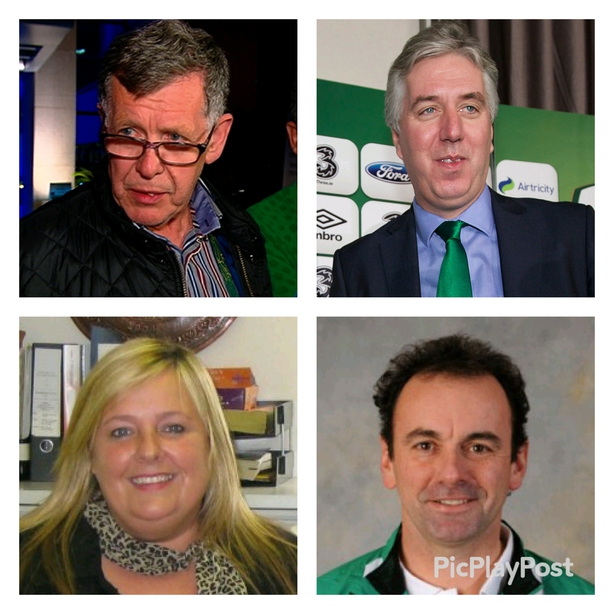 This development is part of the ongoing investigation and there is nothing to suggest any impropriety on the part of these individuals.

Chief of the Civil Police Fraud Unit, Ricardo Barboza de Souza, told RTÉ that police "completed a search and apprehension action this morning, in the rooms of integrants of the Olympic Council of Ireland".

The police chief confirmed that their files involving former OCI president Pat Hickey have now been passed to the public prosecutor’s office. 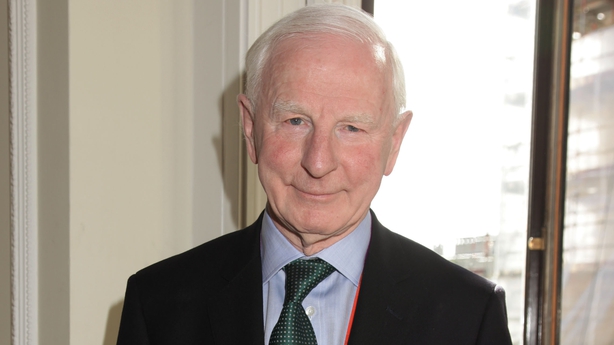 He is facing allegations of the illegal resale of tickets for the games. He denies any allegations he was involved in ticket touting.

The International Olympic Committee has confirmed that Mr Hickey will appear before a judge on Tuesday.

Mr Hickey is sharing a prison cell with Kevin Mallon, the director of THG, who is also caught up in the ticketing investigation.

Mr Mallon was arrested in Rio over a week ago in possession of hundreds of tickets earmarked for the Olympic Council of Ireland.

Meanwhile, the legal team for Mr Hickey has said that he is being held in prison based on assumptions that are not "supported by any material evidence or proof".

In a statement, Rio-based solicitor Arthur Lavigne said: "Mr Hickey has been arrested due to suppositions that are not supported by any material evidence or proof of the alleged facts presented by the police. His arrest has no legal support.

"The investigation did not bring one single slight indication that Mr Hickey could be involved with the facts therein investigated, and his detention was required by the police authority under mere assumptions," he concluded.

Board of the OCI to meet tonight

At home, the board of the OCI are meeting in Dublin tonight to discuss the Rio Olympic ticketing controversy and Mr Hickey's arrest.

It will be chaired by the OCI's Acting President Willie O'Brien, who took over after Mr Hickey temporarily stepped aside following his arrest on Wednesday.

It is due to be attended by 11 of the 12 board members of the Olympic Council of Ireland, including former Olympian Sonia O'Sullivan (pictured arriving below), FAI Chief Executive John Delaney, and Head of Swim Ireland Sarah Keane. 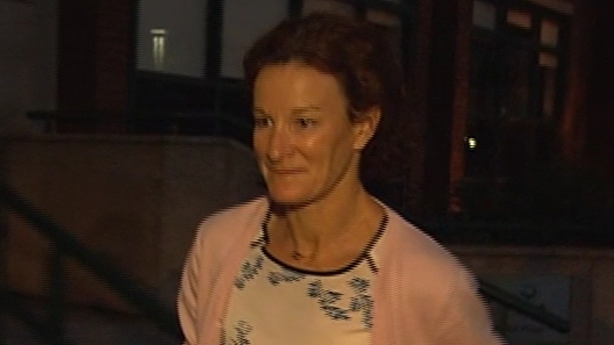 The OCI said a meeting had not taken place yet, because the organisation was awaiting the return of some board members from Rio.

It is expected a statement will be released following discussions.

No plans for Cabinet meeting on Hickey arrest

Minister for Social Protection Leo Varadkar has said there were no plans for a cabinet meeting yet to discuss Pat Hickey's arrest.

Speaking at the annual commemoration for General Michael Collins and President Arthur Griffith in Dublin, Mr Varadkar said he supported the non-statutory inquiry announced by Minister for Sport Shane Ross.

Earlier, the OCI said it will not pay Mr Hickey's legal fees if he is convicted of the offences for which he is being held.

However, it said under the articles of association of the Council, his fees will be paid if he is not convicted of the offences.

The OCI has pledged to co-operate fully with the forthcoming State inquiry into the controversy.

The inquiry, which is expected to last three months, will be chaired by a retired judge and its terms of reference are expected to be outlined in the coming days.