The United States has acknowledged that it waited for Iran to release US prisoners before delivering $400m in cash that it owed the country, but again insisted the payment was not ransom.

"With concerns that Iran may renege on the prisoner release ... we of course sought to retain maximum leverage until after American citizens were released," State Department spokesman John Kirby told reporters.

"That was our top priority," he said.

In January, five US prisoners were released as Washington granted clemency to seven Iranians and withdrew arrest warrants for 14 others.

Immediately thereafter, the US helped airlift $400m worth of Swiss francs and euros to Iran.

The US government insists that money was to settle an old debt stemming from a military purchase by Iran.

The money was delivered on 17 January, just one day after a landmark nuclear deal between Tehran and world powers took effect.

"We were able to conclude multiple strands of diplomacy within a 24 hour period, including implementation of the nuclear deal, the prisoner talks and a settlement of an outstanding Hague tribunal claim," Mr Kirby said.

"It's already publicly known that we returned to Iran its $400 million in that same time period as part of the Hague settlement agreement," he said.

In early August, the State Department had said the prisoner release and delivery of money were completely separate, although Mr Kirby acknowledged yesterday that the two were in fact related.

"I'm saying that the events came together simultaneously ... it would have been foolish, imprudent, irresponsible for us not to try to maintain maximum leverage," Mr Kirby said.

The issue has led to condemnation from Republicans, who have questioned the timing of the two events and said the government paid ransom for the prisoner release.

"Speaking of lies, we now know from the State Department announcement that President Obama lied about the $400m in cash that was flown to Iran," he told a rally yesterday in North Carolina.

"He denied it was for the hostages, but it was. He said we don't pay ransom, but he did. He lied about the hostages - openly and blatantly," Mr Trump said.

Mr Trump's opponent in the race for the White House, former secretary of state Hillary Clinton, was no longer serving as the nation's top diplomat when the accord came into effect.

Still, Mr Trump's senior communications advisor Jason Miller said that "by helping put together a deal that ultimately sent $400m to Iran that was likely used to fund terrorism, Clinton has proven herself unfit to be president of the United States." 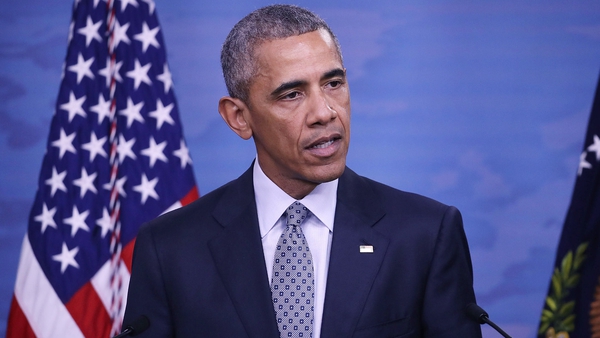