A proposal which could allow England and Wales to withdraw from the European Union and allow Northern Ireland and Scotland to retain its membership has been hailed by Nicola Sturgeon.

Denmark-based academic Ulrik Pram Gad has suggested the UK could seek inspiration from Greenland, which withdrew from the EEC in 1985 while the rest of the Kingdom of Denmark remained.

England and Wales could do a "reverse Greenland" by seeking a territorial exemption from the continuing UK member state, allowing Scotland, Northern Ireland and Gibraltar to retain their EU membership, Mr Gad said in an article for the London School of Economics.

Ms Sturgeon, Scotland's First Minister, has pledged to explore all options to keep Scotland in the EU after its citizens voted overwhelmingly to Remain.

Writing on Twitter, she said: "Interesting piece by a Denmark based academic - Could a 'reverse Greenland' arrangement keep Scotland in the EU?"

The "reverse Greenland" option was suggested by other academics in the days following the Brexit vote.

British Prime Minister Theresa May described some of the suggestions to keep Scotland in the EU as "fanciful" in her first visit to Scotland after being appointed Prime Minister, and senior cabinet ministers have said the whole of the UK will leave the EU.

Mr Gad said: "The Brexit referendum results in England and Wales contrasted sharply with those in Scotland, Northern Ireland, and Gibraltar.

"Taking these differences into account - and combining them with prospects of Scottish independence, renewed troubles in Northern Ireland, and potentially severe isolation in Gibraltar - the UK could refrain from activating Article 50.

"Instead, negotiations could aim at a territorial exemption of England and Wales from UK membership.

"The UK would still be a member state - voting rights reasonably reduced to match the population of Scotland and Northern Ireland.

"The question of who would represent this member state, on what mandate, and following what procedures of coordination would have to be solved within the UK.

"Possibly, the role of Scottish ministers and bureaucrats from Northern Ireland would have to be central.

"The 'reverse Greenland' arrangement sketched above might solve the issue for Scotland, Northern Ireland and Gibraltar, but it would, of course, leave another problem on the table: namely the relationship England and Wales would have with the EU and the single market.

"Inspiration for this relationship would have to be found elsewhere as there is little guidance that can be offered by the Greenland case.

"But while the EU might appear to be a rigid legal community, the political processes that generate EU agreements are based chiefly on pragmatism," said Mr Gad. 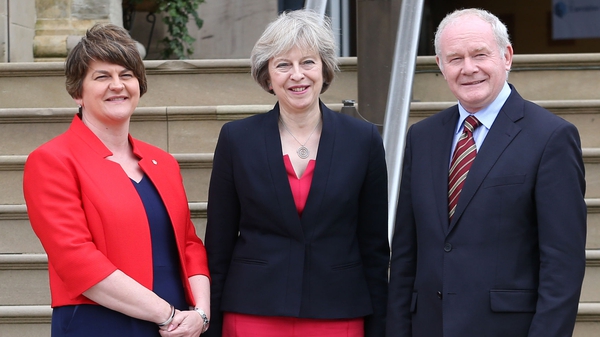