The Greenland shark, a big and slow-moving deep-ocean predator that prowls the waters of the Arctic and North Atlantic, can claim the distinction of being the planet's longest-living vertebrate, with a lifespan perhaps reaching about 400 years.

Its extremely sluggish growth rate, about four-tenths of an inch (1 cm) per year, had already tipped off scientists that it lived a very long time, and research published yesterday calculated the Greenland shark's lifespan for the first time.

Danish marine biologist Julius Nielsen said radiocarbon dating that analysed the shark's eye lens found that the oldest of 28 sharks studied was likely about 392 years old, with 95% certainty of an age range between 272 and 512 years.

Females did not reach sexual maturity until they were at least 134 years old, Ms Nielsen said.

The Greenland shark, up to about 5.5 metres (18 feet) long, is among the largest carnivorous sharks.

Ms Nielsen, a University of Copenhagen doctoral student who led the study published in the journal Science, said the findings should bring this shark much-deserved respect.

“This species is completely overlooked, and only a few scientists in the world are working with this species,” Ms Nielsen said. 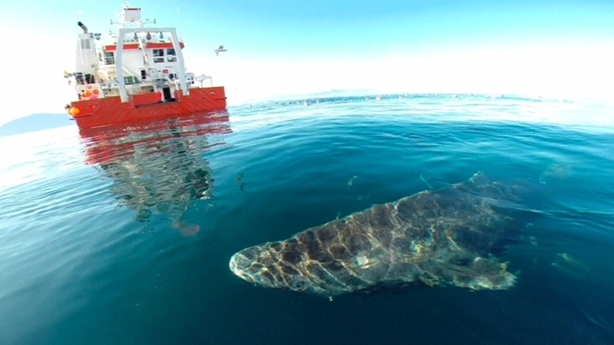 Ms Nielsen said that until now the vertebrate with the longest-known lifespan was the bowhead whale, topping 200 years.

They are slow swimmers and are nearly blind, but are capable hunters, eating fish, marine mammals and carrion.

They are known to be relatively abundant throughout the North Atlantic and Arctic, particularly from eastern Canada to western Russia.

They are occasionally spotted by deep-sea robotic submarines at latitudes further south, such as in the Gulf of Mexico.