United Nations Secretary-General Ban Ki-moon has said he is "deeply troubled" by North Korea's recent missile launches and has called on Pyongyang to "reverse its course".

The UN Security Council met in closed emergency session last night in New York to discuss the firing of a North Korean missile into Japanese waters, earlier this week.

The missile which travelled around 1,000km is one of the longest ever launches by the North.

Pyongyang is barred by UN resolutions from developing nuclear and ballistic missile technology.

A row has erupted between the US and China, after Beijing linked the installation of a US missile defence system in South Korea to increased missile tests by Pyongyang this year.

China said that nothing should be done to raise tensions on the Korean peninsula, but the US says the missile shield is in direct response to the North Korean threat.

US Ambassador to the UN Samantha Power said Pyongyang's missile programme is a threat to many countries.

"Any notion that there's some predicate by anybody other than Kim Jong Un and the DPRK (North Korea) regime is not grounded in reality and it's not grounded in history," Ms Power told reporters after the closed-door meeting.

The 15-member Security Council met at the request of Japan and the United States following the latest in a series of launches by North Korea.

"It is certainly a major, major problem for the security and safety of our region."

"They are doing all of this with a systematic, comprehensive purpose of upgrading and refining their missile technologies," he told reporters.

"It poses a clear and present danger to the security of all countries in the region." 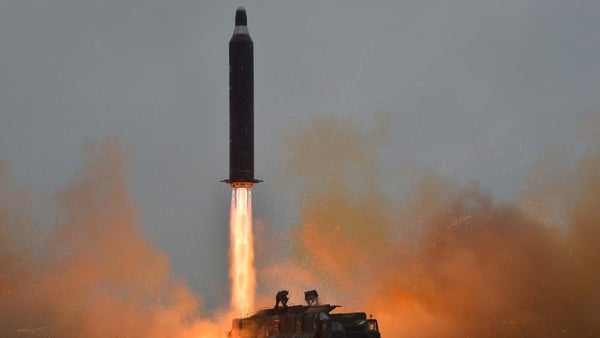