A US Congressman has written to the European Commission outlining his objections to the operation of proposed new transatlantic flights from Cork and Shannon to Boston, operated by Irish-based airline Norwegian Air.

It is the latest intervention in the long-running saga over plans by the airline to provide cheap flights to the United States.

Norwegian Air International had originally planned to launch cheap flights from Cork and Shannon to Boston in April.

But US authorities have not yet granted the airline a foreign carrier's permit so that it can land there.

The European Commission argues that a permit should be granted, and has referred the issue to arbitration, a formal process for resolving trade disputes between the US and the EU.

But the proposal has also attracted the attention of US politicians, some of whom are objecting to the deal.

Among them is Congressman Peter DeFazio - an Oregon-based Democrat who has raised concerns that Ireland is being used as a flag of convenience to allow the airline to sidestep labour laws and hire low-paid crew and pilots under Asian contracts.

He has written to the commission saying no permits should be granted until the company discloses the terms and conditions of employment for pilots and crew.

The airline says the claims are without foundation and its pilots and crew will be employed under the labour laws of the country in which they are based. 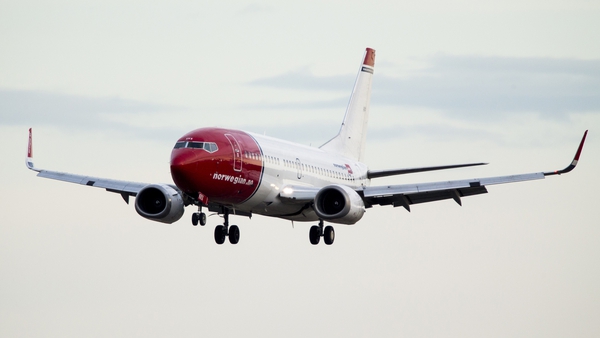 Norwegian airline to offer flights from Cork to US