US President Barack Obama has said that Republican presidential nominee Donald Trump is "woefully unprepared" and "unfit" to serve as president.

Speaking at a White House news conference, he said: "I think the Republican nominee is unfit to serve as president. I said so last week. He keeps proving it.

"There has to come a point at which you say 'enough'", Mr Obama said, addressing Republican leaders who he said have repeatedly denounced statements made by Mr Trump but who continue to endorse him for president.

Mr Obama's comments come after the Republican presidential nominee described his Democratic rival Hillary Clinton as the devil and claimed the November election might be rigged.

During a campaign rally in Pennsylvania last night, Mr Trump said former Democratic hopeful Bernie Sanders "made a deal with the devil" in reference to his support of Mrs Clinton during the Democratic National Convention last week.

He also said he thought the election might be "rigged".

Mr Trump has been sharply criticised by fellow party members over his remarks about the Muslim parents of a decorated US solider killed in Iraq.

His criticism of Khizr and Ghazala Khan, who took the stage at last week's Democratic convention to speak about their son Captain Humayun Khan, sparked growing concern and dismay from Republicans responding to the latest Trump outburst to blindside his party colleagues.

His campaign team has appealed to Capitol Hill for support as the dispute has dominated the headlines in recent days and underlined the uneasy alliance between many leading Republicans and the outspoken billionaire.

The appeal did not generate any help for Mr Trump.

A senior Senate Republican aide, who asked not to be identified, said Republican senators were pleased with Senate Majority Leader Mitch McConnell's statement on Sunday calling Captain Khan "an American hero" and noting "a travel ban on all members of a religion is simply contrary to American values".

At the same time, the aide said the controversy would probably not cause Republican senators to withdraw their endorsements of Mr Trump. 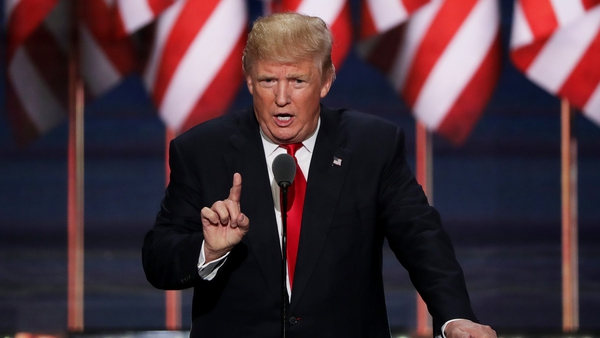 Trump says gloves are off in White House campaign