Iarnród Éireann has accused train driver unions of an organised withdrawal of co-operation with the training of new drivers, which is damaging its financial position.

The accusation is contained in a statement issued after talks at the Workplace Relations Commission aimed at resolving a long-running dispute over working hours and payments for productivity.

Iarnród Éireann says nine DART trainees have been prevented from completing their training, and that this has affected the company's ability to respond to the future needs of customers.

The statement notes that trade unions have withdrawn co-operation with the ten-minute DART frequency proposal, and that non-cooperation with training has emerged on multiple occasions as the company seeks to increase driver numbers to meet future service requirements as well as growing business and revenue.

Iarnród Éireann says this ultimately damages its finances, and restricts its ability to address employee aspirations for improved pay, which are the subject of a separate claim.

It says it wishes to engage on crucial areas of concern to drivers - but warns that continuing frustration of training is unsustainable if they are to progress those issues.

National Bus and Rail Union General Secretary Dermot O'Leary accused the company of "cherry-picking" from the agreed agenda for the WRC talks.

He said nothing would be agreed until everything was agreed - including the issue of driver training.

In a statement, the NBRU and SIPTU said: "Irish Rail has now decided to set its face against the preeminent Industrial Relations institution of the State by thumbing its nose at the recommended course of action to engage on all of the disputed issues"

Talks between management and unions at the WRC will resume in the morning. 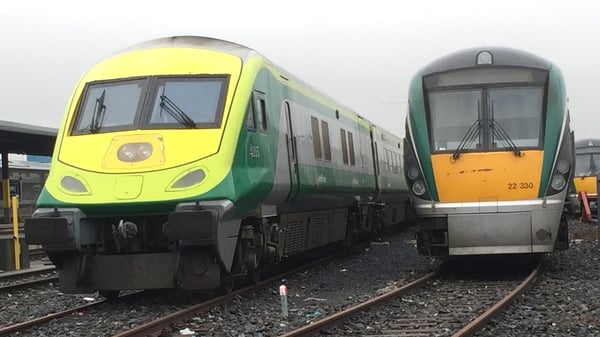